Olympic swimmer Ryan Lochte is gearing up for the premiere of his new E! reality show, What Would Ryan Lochte Do? while modeling his brand empire after Kim Kardashian’s. 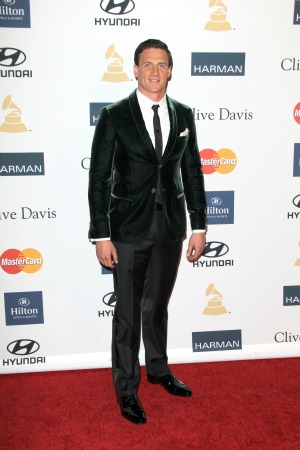 Ryan Lochte was one of the most familiar faces of the London Olympics last summer. He’s now poised to debut his new reality show on E! called What Would Ryan Lochte Do?

Post-Olympics, the gold medal–winning swimmer was offered a host of media opportunities, including a possible stint as The Bachelor. However, Lochte was looking further ahead than a wife and family. He was looking to brand himself.

He homed in on the entertainment channel because of the empire it has created with reality star Kim Kardashian.

The athlete told USA Today Sports, “I have the most respect for her with her business and what she’s done. She started from nothing and now look at her. You can ask anyone and they’re going to know who she is. She’s handled herself really well throughout the years of doing her own show. She’s a star.”

Lochte did not shy away from media attention after he won five medals in his third Olympiad. He even studied Kourtney and Kim Take Miami before he filmed his own eight-episode series.

The swimmer is pretty confident about his show being a success. He told The Hollywood Reporter in this week’s issue, “Not to have a big head about it, but people love me.”

So humility is not one of his strong points and he’s modeling his career after a Kardashian, but he is still training for the upcoming July world championships in Barcelona, Spain.

He told USA Today Sports, “I’m back in my normal routine, getting my butt whipped all the time.”

Will his ego get whipped if his show isn’t a success?

What Would Ryan Lochte Do? premieres April 21 on E!