Game of Thrones actress Lena Headey is claiming to have “less than $5 in her bank account” as she and her ex-husband fight over a $46,000 tax refund from 2011. 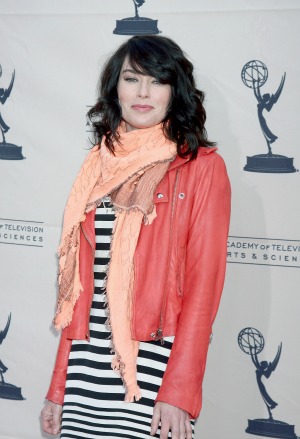 When you are Queen Cersei, it’s hard to imagine you might be broke. That’s exactly what Game of Thrones star Lena Headey is claiming, though, after splitting from husband Peter Loughran last year.

According to legal documents obtained by TMZ, the actress reportedly has “less than $5 in her bank account.” She needs to support not only herself but also a 2-year-old son from the marriage, and they are living off of credit to pay the bills.

Headey filed for divorce from Loughran last year, but the couple is having a hard time settling financial aspects of their breakup, including a 2011 tax refund totaling $46,000. Her ex demanded half of the refund because it is technically community property under California state law.

Best uses for your tax refund >>

The 39-year-old filed a response to Loughran’s claim, asking the judge to advance her $6,000 in emergency funds to help keep her family afloat. Even though she expects an acting check soon, it will not come soon enough to pay the bills.

In the filing, she also said it was OK to give her ex-husband that same amount from the refund so that it would be fair to both of them. However, Headey wants the remaining amount to be frozen until they sort out their divorce settlement.

While her proposal might sound reasonable and fair, the judge didn’t see it that way. He tossed out Loughran’s motion and Headey’s response. It is unclear at the is point how either party is expected to live without the cash, nor is there any resolution in sight for their financial problems.

Headey was just seen on Sunday in the Season 3 premiere of the HBO show. The British actress also has five projects coming out in 2013, including the 300 sequel, Rise of an Empire.