Seth Gabel’s a busy man, but that won’t keep him away from Arrow. After two guest appearances, the producers are leaving the door open for another. The Count may be down, but he’s not out. 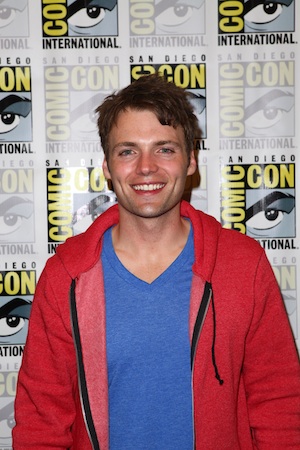 We haven’t seen the last of Seth Gabel on Arrow. The actor, who reprised his role as The Count on this week’s episode, might be back for more. Gabel’s guest appearances could turn into a regular occurrence.

Gabel may be done for Season 1, but Season 2 is up for grabs. It’s just a matter of figuring out the actor’s schedule. He appears in the upcoming ABC pilot Gothica, which could take up most of his time. But Arrow producer Marc Guggenheim assures us they can make it work. Certain stipulations in Gabel’s contract for his new job allow him free time for other projects.

“He actually asked as part of his deal to have outs to do Arrow and return on the show,” Guggenheim told Hollywood.com. “I’m really glad he did that because my wife [Tara Butters] is executive producing that pilot and lord knows I don’t want to be beholden to her. It’s like, ‘Honey, I don’t know what to tell you, contractually Seth is able to come back.'”

The last time we saw The Count, his mind was still ravaged by the effects of the drug “vertigo.” Thanks to the drug overdose, he’s a shell of his former self. Despite his current state, the writers are sure they can find a way around it.

“We’ve actually already talked about a bunch of different ways to bring The Count back in Season 2, but this episode that airs is probably the most unconventional way of bringing a character back you’ve ever seen.”