NBC’s gruesome new show premieres tonight, and we have all the gory details! 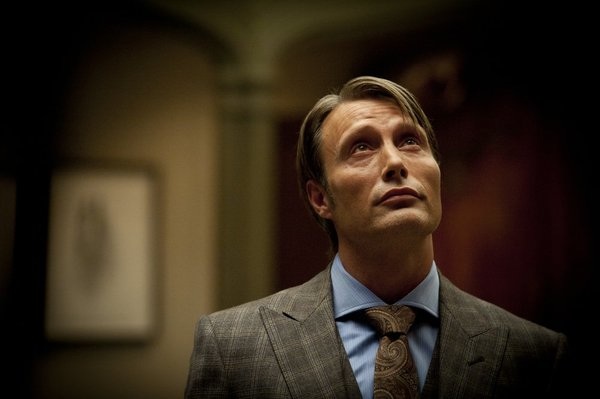 If you’ve been looking for a gory drama to whet your appetite, then you’re in for a real treat! Tonight, NBC premieres its highly anticipated new series Hannibal, inspired by the popular books and films The Silence of the Lambs and — of course — Hannibal.

However, the series doesn’t pick up where the movies left off. There isn’t even a whisper about Clarice and how she’s doing these days. Instead, the show centers on FBI agent Will Graham, who is back on the case after a brutal string of murders. Hugh Dancy (you know him from Black Hawk Down and The Big C) plays Will, the talented criminal profiler who specializes in serial killers. Sounds like a fun, lighthearted job.

Check out the creepy Hannibal trailer >>

A familiar character from the films will be on the show. Yes, Hannibal “The Cannibal” Lecter (Mads Mikkelsen) himself will grace the small screen with his devious appetite. The FBI enlists the help of the famous psychiatrist to solve the vicious murders. But, here’s the twist: We know something the FBI doesn’t! They haven’t figured out yet that Hannibal is a serial killer himself, which also means they have no idea he likes to eat people’s faces — or brains, for that matter. (Ew… that scene still makes me queasy!)

Will finds himself in a dangerous position when he’s paired up with Hannibal to bring down the mysterious serial killer. How long will it take for Will to realize his new partner is one of the most evil murderers around?

On a side note, the name of this episode is “Apéritif,” which is a French word for a beverage or small meal that whets the appetite before the main course. Just a little taste of the intellectual, twisted humor we can expect from the new series!