Iconic film critic Roger Ebert has died after a long battle with cancer. He was 70 years old. 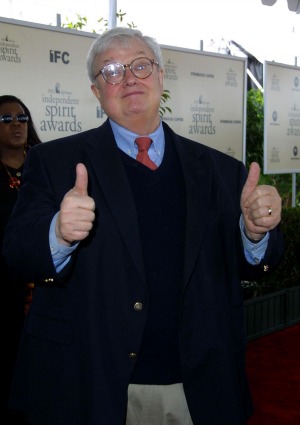 Just a day after announcing his leave of absence from the Chicago Sun-Times, celebrated film critic Roger Ebert has passed away at the age of 70.

Ebert had battled thyroid cancer since 2002 and lost his voice in 2006 after surgical complications.

Once half of the critical duo Siskel and Ebert, he was known for his hilariously sharp-tongued reviews of the best and worst movies and everything in between.

“I had a colonoscopy once, and they let me watch it on TV. It was more entertaining than The Brown Bunny,” he said of the 2003 flick starring Vincent Gallo.

Roger Ebert began his career in 1967 with his famous column in the Chicago Sun-Times, then rose to national prominence with TV shows Sneak Previews, At the Movies with Gene Siskel and Roger Ebert and Siskel and Ebert at the Movies. He maintained their longtime partnership until Siskel’s death in 1999 and reteamed with Richard Roeper for Ebert & Roeper & the Movies in 2000.

As the first film critic to win the Pulitzer Prize for Criticism, Ebert penned over 15 books, plus was an Emmy nominee and has his own star on the Hollywood Walk of Fame.

Just yesterday Ebert announced he would be taking a “leave of presence” from the Sun-Times, saying that he planned “to continue to write selected reviews but to leave the rest to a talented team of writers handpicked and greatly admired by me.”

Other than a short sentence about his cancer, the message did not give a hint of how sick he truly was and was full of future plans, including relaunching his website and new writing projects.

His last written words: “So on this day of reflection I say again, thank you for going on this journey with me. I’ll see you at the movies.”