The 41-year-old rapper-turned-reggae-singer and the 20-year-old pop star have decided to team up on not just one, but two, songs. One for each of their albums. 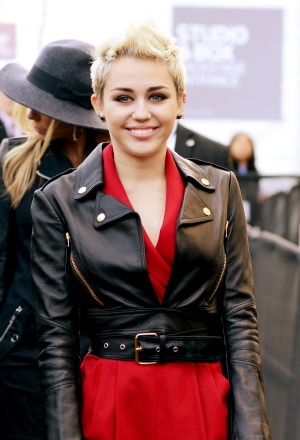 You could say that Snoop Lion and Miley Cyrus came from completely different backgrounds, but they’ve both found themselves in the same music industry, and decided to collaborate together on a new song.

According to the New York Daily News, the song, “Ashtrays and Heartaches” is “music magic.”

“I did a song with Snoop, and it’s coming out very, very soon,” Cyrus previously told Ryan Seacrest. “I can finally say I’m going to have a song with Snoop Dogg coming very soon. It’s recorded, done. I’m so excited!”

While Snoop fans may think the pairing is a weird one, it looks like Cyrus can keep up with the reggae singer.

Snoop Lion’s new album has a message, but does he have conviction? >>

“On ‘Ashtrays and Heartbreaks,’ Snoop combines his newfound Rasta style with Cyrus’ pop sound but the actress shows she can get in on the reggae vibe of the jam, too, especially on lines like ‘fill up all those ashtrays,’” MTV explained.

Cyrus also said the first single on her own album will feature Snoop Lion as well. She’s been working on the album for a while (and has even postponed her wedding planning because of it), and says it’s been a labor of love.

“I want this record to be different and a bunch of passion projects,” she said, according to the NY Daily News. “I’ve been able to do these things where I’ve just been in the studio at the right time and these projects have just magically come.”

It looks like the two sparked an unlikely friendship from the collaborations. Cyrus told Ryan Seacrest she was excited to see the rapper-turned-reggae singer again.

“He was in Europe when he was recording, but he’s here this weekend, so I’m pretty excited,” she said. “I’m think I’m going to take a bunch of my friends and go hang out.”

The former Mr. Snoop Dogg’s new album Reincarnation is set to be released April 23, and will feature “Ashtrays and Heartaches.” Cyrus has yet to announce a release date for her new album.