Staring at delicious Christopher Abbott (Charlie) was the perfect balance to also watching Lena Dunham parade around naked. If Chris is out, are viewers out, too? 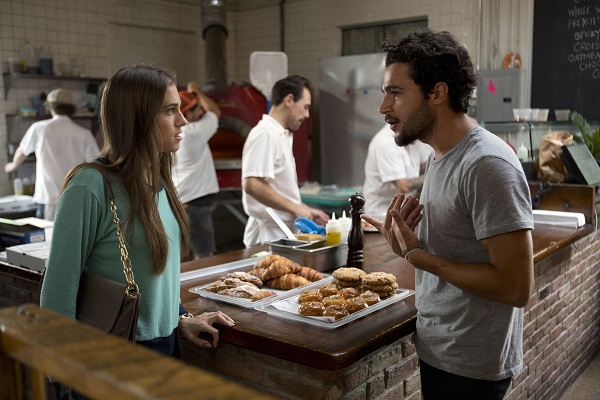 Girls recently started production on their third season, but it looks like things aren’t off to such a great start. The hottest guy on set is no longer there.

Christopher Abbott, who played Marnie’s boyfriend Charlie, has left the show. This isn’t just a nasty rumor either, ladies. His rep released the following statement:

“[Chris] is grateful for the experience of collaborating with Lena, Judd [Apatow] and the entire Girls cast and crew, but right now he’s working on numerous other projects and has decided not to return to the show.”

Sadness! Charlie was, without a doubt, one of the few redeeming qualities about the show. During the first season, viewers watched as Charlie dealt with each of the girls’ self-centeredness. Despite dating one of the main characters, Marnie (the singing Allison Williams), Charlie had a bit of an outsider’s view because he was a guy and he was (seemingly) less self-involved. He was also seriously adorable.

After a nasty breakup with Marnie, Season 2 showed Charlie coming into his own. He developed a successful phone app and turned his heartache into profit. Major profit. So, of course Marnie showed up, again, suddenly realizing he was what she wanted all along. Season 2 ended with Charlie and Marnie in a state of coupled bliss. It was a place we thought we’d visit again in Season 3, but apparently not.

An open letter to Lena Dunham >>

The men of Girls have, from the very beginning, been one of the major reasons Girls was so good. Nothing is more entertaining than watching a guy figure out what the hell his girlfriend and her friends are talking, crying or obsessing about. While we love Ray (Alex Karpovsky) and Adam (Adam Driver), it was Charlie/Christopher Abbott who sealed the deal. He was the first one to break away from the toxicity. He was also probably the most fun to look at.

That leaves us to wonder: Will we still tune in to Girls even without the depth, sarcasm and hotness that Abbott brought to the show?