Pepsi relaunches its brand with the help of Beyoncé. Was it really worth the hype? 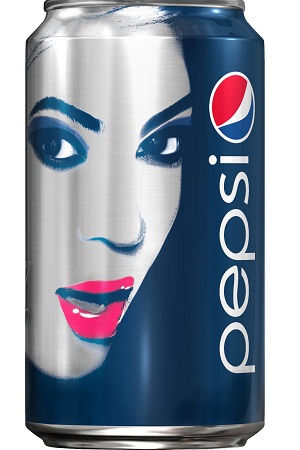 Beyoncé appears to be Pepsi’s new brand ambassador. Does that make you want to pick up a metallic blue can now? She thinks it should.

Wednesday ended in frenzy after Beyoncé (who was recently called “self-righteous” by a fellow singer) released a short video and promised an announcement on Thursday. What would it be? Was she changing her name? Was she switching genres? Was she going to be in a movie? Was it a new single/CD/tour? She wasn’t releasing a perfume, was she?

Beyonce is also working for H&M >>

As it turns out, Queen Bey was just excited to announce that she’s in bed with Pepsi. The cola brand is relaunching itself for the 21st century and they managed to nail down Beyoncé as their brand ambassador.

So, will only Pepsi products be sold at her shows? Likely. Will we suddenly see new Pepsi commercials on TV, complete with a booty-licious soundtrack and can-holder? Probably.

First, though, it meant releasing a Beyoncé-infused video on the Pepsi YouTube page. The one-minute video features Bey taking a sip of Pepsi that seems to induce memories from her past. She looks from mirror to mirror and finds various versions of her music video self. Then, with a thrust of her hips and the toss of her hands, the mirrors are shattered. Beyoncé smirks for the camera, standing tall in the leather cutoff shorts we saw in the prior night’s sneak peek.

And the tag line? “Embrace your past, but live for now.”

Beyoncé’s (and other celebs’) view on gay marriage >>

That awesome song: Bey’s new single, “Grown Woman.” According to USA Today, it will be featured prominently in Pepsi’s new campaign, which has an expected audience of 1 billion people. That’s not bad for Pepsi or Beyoncé’s business. They also claim Beyoncé took part in the designs of special Pepsi cans that will feature her face and only be available at Pepsi-sponsored special events, not sold in stores. Pepsi, as we mentioned, will also be the sponsor of her upcoming tour.