Arrested Development returns from the longest. break. ever. 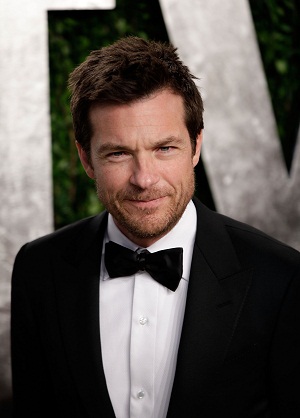 Netflix is often a savior. It can save rainy or snowy Saturdays by offering you the chance to work your way through the entire series of Saved by the Bell, Doctor Who or Mad Men.

It has been known to save college students on their Jane Austen-themed term papers. It even helps frantic TV writers pay the bills by letting them access prior seasons to shows they randomly decided to start covering during the ninth season.

Then, Netflix (who is also diving into original series) did something miraculous: It saved an entire show from extinction.

Arrested Development got the green light >>

Arrested Development‘s new season will premiere on May 26 at 12:01 a.m. PDT. That is more than seven years after the show aired its last episode on Fox.

The quirky comedy, headed by Jason Bateman and Will Arnett, lasted only three seasons on network television. But those seasons earned one very serious and obsessed cult following. When Netflix pulled it from the trash heap and dusted it off, they knew they wouldn’t need to do much work to make back their money. No matter the format, Arrested Development fans would devour its every new episode.

Fans have lucked out, too, because this premiere will be a little different. Netflix isn’t sticking to the typical network schedule of dropping an episode per week. They’re doing what they do best: Unleashing the entire season at once.

“In truth we are doing something very ambitious that can only be done with Netflix as partners and on their platform. Finally my simple wish for the show is coming true: that it be broadcast every second around the clock to every television, computer or mobile device in existence,” said the creator Mitchell Hurwitz in a statement.

If it sounds a little bit like world domination, that’s probably because it is… but we’re all OK with that. We will do like all good Arrested Development fans will do. We’ll wake up around 8 a.m. on Sunday, May 26, and proceed to make coffee and watch all 15 new episodes at once. For one day, we will abstain from our social lives, our hipster coffee places, our errands and, yes, church, so we can partake in the kind of comedy relief that’s worth waiting seven years for.

On Monday morning, it will hopefully save us from the usual boring co-worker conversations.