The Walking Dead is solidifying its cast for next season. The producers have promoted three recurring stars, making them series regulars. This means more screen time for a few favorites. 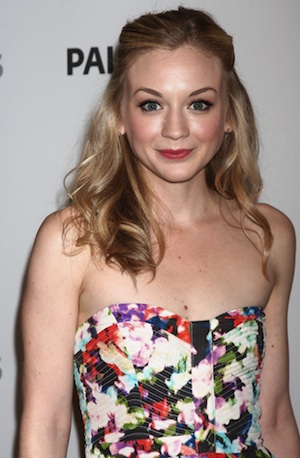 The Walking Dead is wasting no time preparing for the future. Sunday, the show wrapped is third season, which pulled in record ratings. The episode scored 12.4 million viewers during its initial airing. That’s three times as many as Game of Thrones, which received only 4.4 million.

The ratings winner: Walking Dead or Game of Thrones? >>

Today, AMC has confirmed that three of Dead’s recurring stars have been bumped up to series regulars. Actors Emily Kinney, Chad Coleman, and Sonequa Martin-Green have been promoted. That means we’ll be seeing more of their alter egos Beth, Tyreese and Sasha.

[Spoilers for the Season 3 finale ahead]

According to The Hollywood Reporter, the trio will join David Morrissey, who’ll return as the villainous Governor. The season ended with the character on the run with two of his henchman. Meanwhile, Rick took the remaining members of Woodbury and brought them to the prison.

With the additional extras, it looks like they’ll need all the help they can get. That’s one of the reasons Melissa Ponzio, who plays Karen, has gone from guest star to recurring. We’ll be seeing a lot more of her this fall.

Out of the group, Coleman’s addition is the most deserved. His character Tyreese is a fan favorite among comic fans. Meanwhile, Kinney’s Beth has been a mainstay on the show since the beginning of Season 2. Her character mostly appears as a mother figure to Rick’s newborn Judith.

The Walking Dead returns with all-new episodes in October.

What do you think of the show’s growing talent?