Juliette starts acting like a grown-up and gets help from her mom’s sobriety coach. Meanwhile, Rayna has to let her little girl grow up and Deacon makes a big decision. 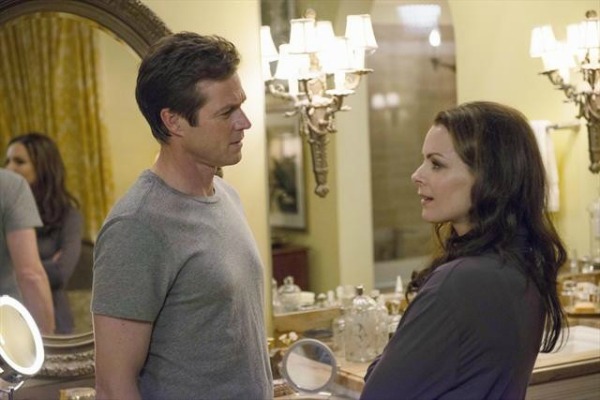 On this episode of Nashville called, “I Saw the Light,” it felt like the entire theme was moving on and growing up. First, there was Juliette (Hayden Panettiere) and the fact that she tried so very hard to be more mature by going to a big, grown-up meeting and getting herself a new sponsorship deal. I found myself actually feeling really proud of her — until she slept with her mother’s sobriety coach.

Then there was Rayna (Connie Britton) and the fact that she didn’t want to let Maddie grow up a little bit and follow her dreams. I may not be a mom, but I can understand Rayna wanting to keep her little girl from getting into that scary world. I still admired her for finally letting Maddie fly a little bit.

Rayna and Deacon (Charles Esten) both moved on in the episode: him by suggesting to Stacey that he might want to get off the road and her by saying she was happy for him. The only trouble is I didn’t want either of them to do that. I want them to get together, dang it, but I know that the writers aren’t going to let us have that anytime soon.

At the beginning of the episode, when Gunnar (Sam Palladio) was so mad at Scarlett (Clare Bowen) for not telling him about the contract, I thought we had another jealous Avery-type on our hands. But no, Gunnar was actually being incredibly mature and it turned out he just wanted her to be honest with him. No one actually grew up or moved on in their story, but Gunnar sure proved that he was one heck of a grown-up, so I think it still counts.

Speaking of Avery (Jonathan Jackson), he did his growing up in the last episode. But being in breach of contract meant that no one wanted to work with him and he had to resort to moving on instead. I doubt that he’ll last as a roadie forever, but I’m interested to see what adventures he’ll get into while he’s gone. Who knows? Maybe someone will hear him sing and offer him a record deal — a real one this time.

Recap of last week’s episode of Nashville: Two steps forward, one step back >>

Teddy (Eric Close), Peggy (Kimberly Williams-Paisley) and Lamar (Powers Booth) didn’t grow up or move on, so maybe they were the exceptions to the rule in this episode. Peggy is moving higher and higher up on my least favorite people list, especially now that we know that she was the one who told the tabloids those lies about Teddy and Rayna. She got what she deserved when Lamar threatened her, but seeing as how it looked like he had a heart attack in the final minutes of the episode, she may not have to worry about him much longer. I kind of doubt that he’s dead though, so I guess we’ll have to wait and see what happens.

“I’ll be alright, but I don’t think you have any idea how much that dog will miss you.”

Juliette trying to be calm and Zen with Juliette’s face staring down on her from a massive billboard.

The look on Rayna’s face when Stacey introduced herself as Deacon’s girlfriend. Awkward. 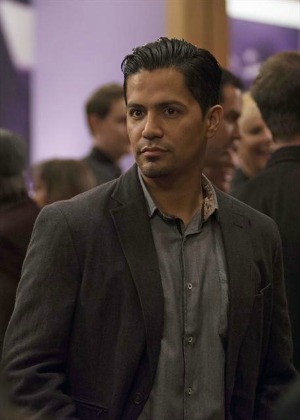 “You do realize they want to be just like you.”

Maddie informing her mom that they were going to stay up late and party like rock stars with Juliette.

Gunnar and Will singing together. I thought they sounded pretty good.

Gunnar opening up to Will about how he screwed up the audition.

“My best days aren’t behind me; they’re in front of me.”

Poor Avery out on the street busking for money.

Juliette’s mom pointing out that she felt more for a cell phone deal than she felt for her own mother. Ouch.

Rayna letting the girls go up and do sound check. I love it when we get to hear those girls sing. Too cute for words!

Peggy getting caught in the house by Lamar. Oops.

Juliette dedicating her new song to her momma.

“You know what I like about you? You see me for who I really am.”

What did you think of this episode of Nashville? How did you react to Deacon and Rayna moving on? Do you think that Juliette is making a huge mistake by sleeping with her mom’s sobriety coach?