A little boy is killed, a marriage is tense, a mother-daughter relationship is in ruins and an affair seems plausible. All on the first episode of Rogue. 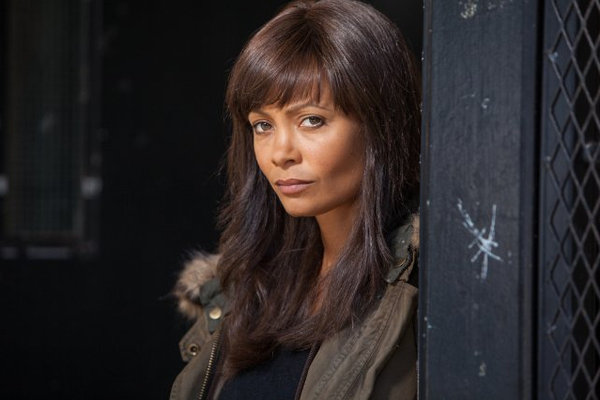 When we first meet Grace Travis (Thandie Newton) she’s working on a drug deal for her “boss”, Jimmy Laszlo (Marton Csokas). The next thing we know, though, she’s getting “busted” and being told her young son is in serious danger. He’s shot and killed in the next scene.

The truth is that Grace is not a drug dealer and Jimmy isn’t really her boss. She’s an undercover detective with two entirely different lives. In Jimmy’s world, she’s “Jacks,” the fiery go-between with the fire engine red Mustang and the rundown apartment. In her world, Grace is the mother of a teenage daughter and the wife of a school teacher. She drives an SUV, but parks it on the next block over, just to be safe. And she’s mourning.

Four months later, Grace is (rightfully) still a mess. She wants to know who put a hit out on her son. She wants revenge and she wants it bad. A ballistics report slipped to her in secrecy confirms that the same kind of bullet that killed her young son also took out Jimmy Laszlo’s accountant. She wants in on the action of finding her son’s killer… not entirely trusting the lackey they’ve put on the case. Despite promising her remaining family that she’s done with the double lives and the disappearing for days at a time, she slips back into her Mustang and pays a visit to Laszlo, a mob boss.

She’s certain he’s behind her son’s murder. But is he? While on official mob business with Jimmy on a shipping container yard, they’re shot at. She’s certain the bullet that embeds itself into her shoulder was meant for Jimmy. She turns over the bullet to a friend in the department, along with the information on the car from which it was shot and soon finds out the bullet matches the one they pulled from her son and the accountant. 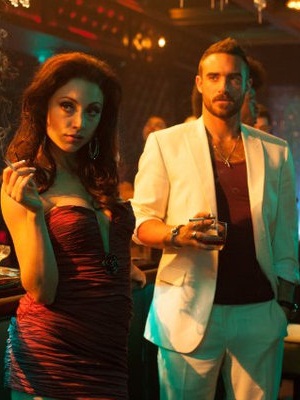 Later, Jimmy asks Jacks to be his date to his son’s birthday party. Like all good birthday parties, there’s talk of business and Grace overhears Jimmy announcing intel that only the police should have known. It’s suddenly glaringly obvious that her department has a mole. But who is it and do they know what Grace is up to?

A few things happen that make Grace reconsider her rogue investigation. The mole is the obvious one. Later, a sexually-heated moment in the bathroom with Jimmy also makes Grace realize she’s probably getting in over her head. Soon after, she pays a visit to her daughter after school to talk about her less-than-stellar grades and finds her little girl smoking pot. A mother-daughter fight breaks out and ends with a long chat between Grace and her husband, Tom (Kavan Smith). Grace agrees she’s done with the undercover work and just wants to be a mom and wife again.

When she heads to her rundown apartment to pick up some of her things, Jimmy is waiting. He says he has a new contact, someone Grace can’t pass up the chance to meet. She’s on her way with Jimmy to meet his contact while the department’s lackey is out trying to find her because Grace’s boss, Hernandez (who was supposed to be a male character), says Grace has been compromised.

We last see Grace when Jimmy drives them into a warehouse. When she begins to panic, Jimmy reassures her.

“Everything’s going to be alright… Grace.”

We know it’s early, but give us your best guesses!