Like father, like son. Now that Charlie has had time to grieve, Nate is back in the show, and he’s joining the rebels. So will his dad, though not willingly. 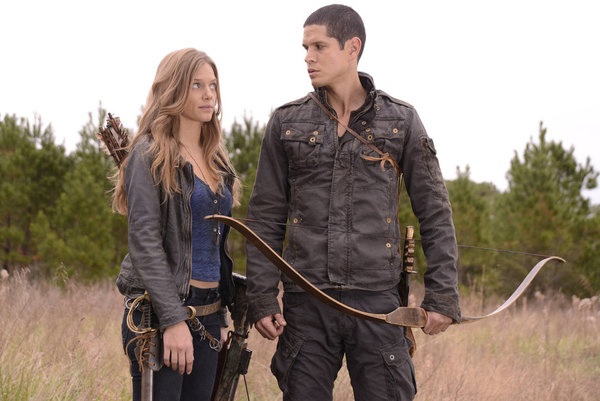 Things are heating up in the war between the rebels and the Monroe Militia. Monroe (David Lyons) has Randall and two pendants on his side, but the rebels aren’t completely helpless. From the looks of the preview, Nate will be joining the rebels in the upcoming episode “The Song Remains the Same.” So will his dad, but only because Charlie (Tracy Spiridakos) smacks him over the head with a gun first.

Rachel also has a plan. She begins to reveal her story and information about the power to Aaron. She knows of a tower that has the potential to turn the power back on. She says something went wrong at the tower, but she was never able to find out what. Until now, that is. It looks like the group will be splitting up again as she goes on a quest to find this tower.

Miles (Billy Burke) doesn’t want Rachel to leave. It also looks like he doesn’t know which girl he wants to be with either. In the preview, he kisses Rachel, but we also have a picture of him kissing Nora from the same episode. Last week, there wasn’t really a huge focus on Miles, so we didn’t see any deeper into any of his relationships. Hopefully, this episode will shed some insight. There are the makings of a love triangle, but no word yet on what Miles is thinking.

As far as Charlie’s connection with Nate, it looks like they’ll be taking things slow. She isn’t sure she can even trust him let alone have a relationship with the guy. Still, romance is in the air. It’s only a matter of time before something blossoms between these two.

So while mommy’s away, the kids will play. Somehow, we doubt Rachel’s quest for the tower will be as easy as finding it and flipping a switch.