Catching Fire enthusiasm is catching on. We’re excited for the film, but they better get it right. 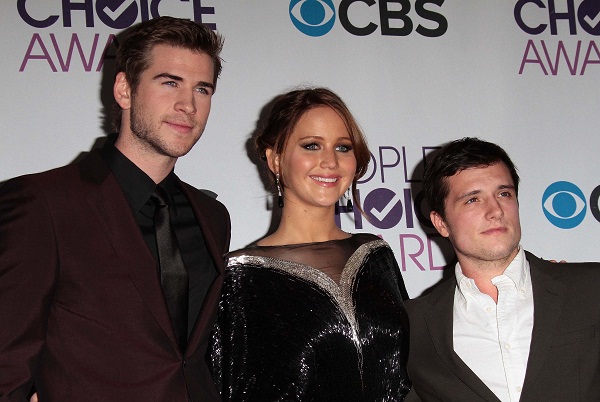 MTV just announced they’ll show viewers the exclusive first teaser for Catching Fire during the MTV Movie Awards. We were already anticipating a great night, what with the event being hosted by the hysterical Rebel Wilson. Now that MTV will also offer up the first look at the year’s most anticipated movie, we’re downright giddy.

The MTV Movie Awards and Catching Fire teaser will air on April 14th. The movie hits theaters on Nov. 22 and Games fans will be expecting nothing short of perfection. There are a few must-haves in order to make the fans happy.

9. An arena tour: Suzanne Collins (Hunger Games writer/creator) is an excellent author. But the Hunger Games arena for the Quarter Quell was rather confusing at times. The way the game’s challenges moved like clock-work is just too cool to skim over. We want to see a good overview of the arena. Perhaps more time spent in the control room?

8. Show us the Districts (and give us perspective): The Hunger Games and its districts are supposedly a look at dystopian America. When Peeta (Josh Hutcherson, who also starred in Red Dawn) and Katniss (Jennifer Lawrence, Jack Nicholson fan) set out on their Victory Tour, we want to see more nuances of each of the districts. Katniss District 12 was clearly Appalachian. Now, show us the rest of the country and the citizens.

Did you love Finnick Odair? Check out who they cast to play his part >>

7. More Gale: The Hunger Games didn’t do enough to bring out the full triangle between Gale (Liam Hemsworth, who we seriously love), Kat and Peeta. We want to see more of our favorite rugged hunter. After all, many book fans were on team Gale.

6. Signs of angst: If there was tension and angst in The Hunger Games, we didn’t notice it. The citizens of District 12 looked tired (they are) and hungry (also true), but in almost a trance. We understand that Peacekeepers make sure to keep the citizens in line, but a little more unease would be nice.

5. Snow in 12: President Snow is the most evil man alive (thanks in part to his portrayer, Donald Sutherland). In the book, when he shows up in District 12 and at Katniss’ new digs in Victor’s Village, there’s a tense, foreboding air. We need to see that.

4. Annie Cresta: We won’t truly see just how important Annie Cresta is until the final movies, Mockingjay (parts 1 and 2). We do, however, see a glimpse of her in the book when her name is called to return to the arena and poor old Mags steps up to take her place. It’s important because it sets the scene for Annie’s character later on.

3. Both wedding dress scenes: In Victor’s Village, we watch as Katniss is forced to try on a million wedding dresses. We want that because, as much as we love her, seeing Katniss uncomfortable is also fun. More importantly, though, we want to see her in the gown she’ll wear during her interview with Caesar Flickerman (Stanley Tucci), when her dress bursts into flames and turns her into a mockingjay. We want to see the look on President Snow’s face then, too!

2. More Prim: Katniss is tough and often cold, even with Peeta and Gale. She’s at her softest when she’s with her little sister, even as she tries to be strong and brave for her. Prim is an important and complex character on her own, though, and we want to see more of that.

1. District 11 salute: District 11 was our biggest look into the unsettlement in The Hunger Games. After Rue’s death and Katniss and District 11’s mutual salute, a riot breaks out. In Catching Fire, it’s tough for Katniss to stand before the Rue’s district. Their salute to her is a big moment, one of our favorite moments, and it can’t be missed.

What do you think, Games fans? What do you most want to see out of Catching Fire?