Most of the characters for the new Michael Bay movie have been cast, so which character has Arnett signed on for? 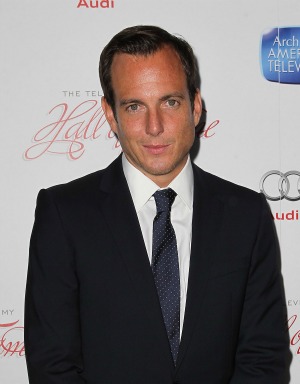 A surprising name has been added to the list of actors who have signed on for Michael Bay’s new version of the Teenage Mutant Ninja Turtles.

According to MovieFone, Will Arnett has signed on for the newest version of the story of four turtles-turned-superheroes. But no one seems to know exactly who he will be playing.

Michael Bay favorite, Megan Fox, has already been cast as April O’Neil, the journalist who is also friends with the four turtles. The actors playing the turtles have also been selected.

“Inhabiting the mo-cap shells are up-and-comers Alan Ritchson, Pete Ploszek, Jeremy Howard and Noel Fisher,” according to the Hollywood Reporter.

But not only is Arnett’s role a secret, it is unclear is even left for him to play.

“Still uncast from the Ninja Turtles mythology are Splinter, the turtles’ sensei rat, and the villainous and masked Shredder,” THR explained. “Arnett is not playing the turtles’ human friend Casey, another role that has yet to be cast.”

“It’s pretty safe to say that Arnett’s strengths lie in comedy and voice acting, which would make him a good fit for Splinter,” the website explains. “The comic actor is no stranger to voice acting, with credits ranging from the English-language dub of The Secret World of Arrietty to Despicable Me, Monsters vs. Aliens, and Ratatouille.

Up All Night reboot: Possible, but unlikely >>

No matter who he ends up playing, Arnett is not quitting his day job. He is returning as Gob in the return of Arrested Development, and is also working on a new pilot for CBS.

“On the animated front, Arnett is voicing Batman in Warner Bros.’ upcoming The Lego Movie and the lead character of Surly in The Nut Job from Gulfstream Pictures,” said THR.