Don Draper is the kind of guy we love to hate. He’s handsome, has a commanding presence and is brighter than most but then mucks it all up with arrogance and poor decisions. Don can wax poetic with the best of them and will say anything to get the girl or the account. Here’s a few Don Draper classics… 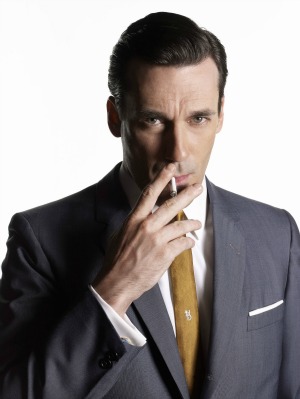 Don D is known to launch into a philosophical monologue, especially when an advertising account is about to take its toys and go to another firm. At times these dissertations fill us with admiration as we exclaim, “Brilliant.” Other times they start off strong and then make us say, “Exactly! I mean, huh?” Here’s an example (our commentary is in parenthesis):

“When a man walks into a room, he brings his whole life with him (true dat). He has a million reasons for being anywhere, just ask him (yep). If you listen, he’ll tell you how he got there (OK). How he forgot where he was going, and that he woke up (uh, whaaaa?). If you listen, he’ll tell you about the time he thought he was an angel or dreamt of being perfect (I sort of doubt it). And then he’ll smile with wisdom, content that he realized the world isn’t perfect (whatever). We’re flawed, because we want so much more (yeah — are we back on track now?). We’re ruined, because we get these things, and wish for what we had (nope).” 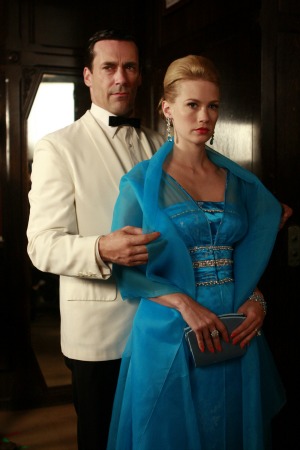 Hey, who invited Debbie Downer? So we get that Don’s upbringing wasn’t the best, what with him being the son of a dead prostitute and all, but lighten up, buddy! Here’s Don’s take on love:

“The reason you haven’t felt it is because it doesn’t exist. What you call love was invented by guys like me, to sell nylons. You’re born alone and you die alone and this world just drops a bunch of rules on top of you to make you forget those facts. But I never forget. I’m living like there’s no tomorrow, because there isn’t one.”

Is it just us or did this guy slam love and throw in a side of solitary death all in the same breath? Draper’s not done. He hasn’t shredded happiness yet:

“But what is happiness? It’s a moment right before you need more happiness.”

Tell us what you really think

Folks in sales typically have a gift for sugar-coating things. Don Draper wouldn’t know what sugar is if someone dumped a truckload of it in his cup of coffee. One thing Pete Campbell (Draper’s underling) learned early is to not piss off The Draper. Campbell did a little fancy-footwork behind Draper’s back and Don’s response was, “Listen, Pete, I need you to go get a cardboard box. Put your things in it. OK?” And if that’s not OK with you, Pete, here’s another pearl of Draper wisdom: “If you don’t like what is being said, then change the conversation.“

When it comes to justification, Draper is the master. You’d have to get good at it when your identity is a sham and you’re a womanizer. There’s a lot of lying involved in that lifestyle, but if you’re Don Draper, “It wasn’t a lie, it was ineptitude with insufficient cover.” Ah, right.

And if it’s sympathy you’re after, you may want to visit with one of the secretaries at the agency, because Don believes, “Mourning is just extended self-pity.” How would you like to be one of his kids? 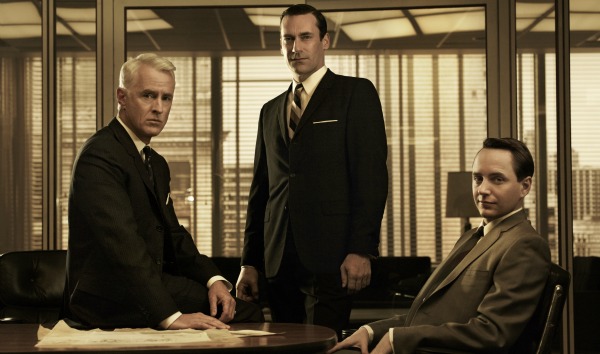 When all else fails, pirate

Sometimes, even Don is at a loss for words. On the rare occasion that this happens, he just jacks someone else’s idea. In this quote, he rips off what his then-secretary has to say about a client wanting to advertise lipstick:

“Every woman wants choices, but in the end, none wants to be one of a hundred in a box. She’s unique. She makes the choices and she’s chosen him. She wants to tell the world he’s MINE. He belongs to ME, not you. She marks her man with her lips. He’s her possession. You’ve given the gift of total ownership.”

Once and again, The Don can be amusing — not funny, exactly (when was the last time you saw the guy really laugh?) — but amusing. When eager Pete tells Draper that he’d follow a man like him into combat blindfolded, Draper replies, “Let’s take it a little slower. I don’t want to wake up pregnant.” It would have been funnier if he wasn’t being so caustic. Then there’s the time Don pops off and says, “That is a roach. Let’s go someplace darker.” That’s kind of funny.

Draper proves he can transform sarcasm into a science when he says, “Maybe I’m late because I was spending time with my family reading the Bible.” Yeah, maybe. Or maybe you’re late because you were twisting your little Soho girlfriend into a pretzel on your lunch hour while your kids and wife are waiting in your office to have family pictures taken. Like Don says, “This never happened. It will shock you how much it never happened.”

Need more? Then head over to our Mad Men photo album >>