HBO horrifies millions of rabid Game of Thrones fans with its tongue-in-cheek announcement that Peter Dinklage is out, and Warwick Davis in. 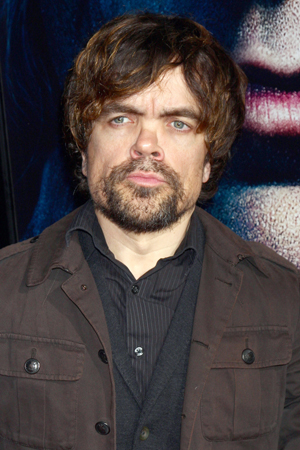 Peter Dinklage is not leaving Game of Thrones. Not this season, and not in the recently announced Season 4.

Widespread announcements that the fan favorite was done are the result of a primo April Fools’ joke played by HBO, which “announced” Monday that the beloved star, who plays arguably the show’s main character, Tyrion Lannister, was through.

Of course, anyone who bothered to read HBO’s “official” announcement would have noticed some odd things about it.

First of all, the show’s producers were said to be moving Lannister’s character in a more “comedic, farcical direction.” Um, George R.R. Martin’s source material? Not much comedic and farcical about it.

Game of Thrones adds fresh meat to its cast >>

Secondly, the new Lannister was supposedly Warwick Davis, a 3’6″ actor who was the title character in 1988 fantasy film Willow, the leprechaun in the Leprechaun horror films, and Professor Flitwick in the Harry Potter films. Though Dinklage and Warwick are both well under average height, they couldn’t be more different as actors, another clue that the announcement was bunk.

Warwick was also said to be demanding a million bucks an episode, “nearly 20 percent of the show’s 50 million dollar per season budget,” wrote HBO. “We’ll be seeing a lot less of the dragons and dire wolves,” producer Dan Weiss supposedly said. “But in the end it’s a small price to pay for this kind of acting gravitas.”

Finally, Dinklage was quoted as saying Game of Thrones was limiting him: “I had to turn down a part playing Kelly’s newest love interest on The Big Bang Theory,” ran the quote. “I love that show. It killed me to have to turn it down.”

Game of Thrones‘ Peter Dinklage signs on for X-Men >>

Har had had har. Now, while we all know Dinklage can do comedy as well as drama (check out his hilarious turn as a doomed Liz Lemon love interest on 30 Rock or his smug, self-important children’s author character in Elf), did anyone really think he was going to dump Game of Thrones to do an arc on The Big Bang Theory? Really? Like, in real life?

In other April Fools’ prank news, Netflix got into the swing of things with some exceedingly specific categories such as “Movies Starring Estelle Getty and Some Other Guy,” and “TV Shows Where Defiantly Crossed Arms Mean Business.”