Arrow‘s first season is coming to an end, but it still has a few tricks up its sleeve. Over the weekend, the cast appeared at WonderCon and debuted a fresh new trailer. 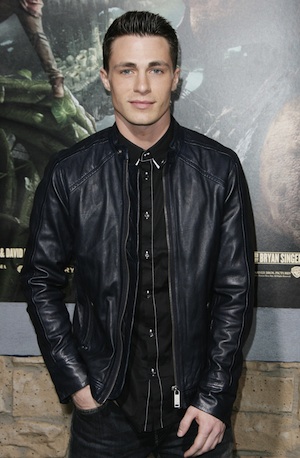 The CW’s Arrow was one of the bright spots of WonderCon 2013. The series held a panel at the Anaheim, California, event where fans came out in droves. Attendees were treated to a special sizzle reel that teased footage from upcoming episodes.

With spring upon us, we’re entering the final stretch of Arrow’s first season. It’s hard to believe but there’s still plenty of story to be told. In the trailer, there’s a sneak peek at The Count’s (Seth Gabel) return as well as a pivotal moment in Roy Harper’s (Colton Haynes) life.

In last week’s episode, Harper was kidnapped by an evil vigilante. Before he could meet his maker, The Hood aka Oliver (Stephen Amell) stepped in to save the day. The experience left Roy shaken, but enlightened. After seeing the hero in action it looks like he wants to join his cause.

In the Green Arrow comics, from which the series is based, Roy is the archer’s sidekick. He goes by the name Speedy and is taken under his wing. Haynes was recently upgraded from guest star to series regular, so it looks like they’re going to explore that story.

If Roy comes on board, that means a total of five people will know Oliver’s secret. First there was Diggle, then Huntress, followed by Felicity and Tommy. Could Roy become part of that coveted group?

Check out the Arrow’s WonderCon trailer below: