Sarah Pekkanen is a consistently fabulous writer of women’s fiction, getting deep into women’s heads and examining their relationships. In The Best of Us, Pekkanen’s characteristic flair is heading to Jamaica, and with such lush surroundings it just has to be our Red Hot Book of the Week. 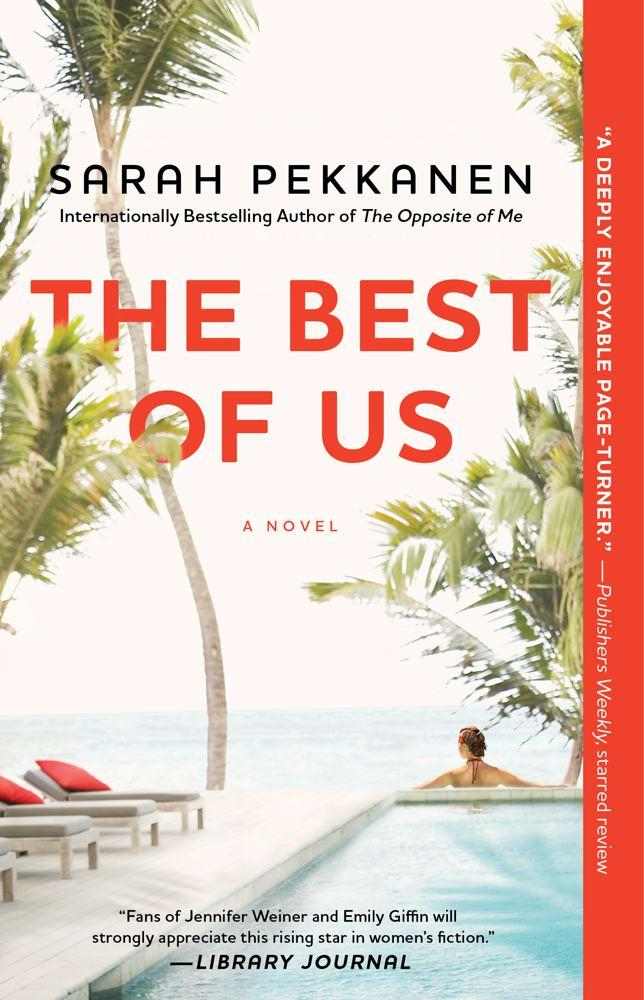 Sarah Pekkanen burst onto the women’s fiction scene with the help of Jennifer Weiner, who orchestrated a huge campaign for Pekkanen’s first book, The Opposite of Me.

Since then, Pekkanen has built a devoted following of readers and bloggers and released three more books. Her most recent book, The Best of Us, allows readers to a vicarious all-expenses paid trip to Jamaica with a group of old college friends.

About The Best of Us

Many people may think the life of a stay-at-home mom is easy, but when you have a young family, as Tina does, your life is barely your own. With four kids and a husband who works long hours, it is all Tina can do to sometimes to feed her children — forget about things like a shower or cleaning the kitchen. When she gets an invitation to the birthday party of an old college friend, Dwight, she is sorely tempted to go. But how could she possibly manage to get away from her kids for a week, even for such a once-in-a-lifetime opportunity as an all-expenses-paid trip to Jamaica?

It is Tina’s best friend Allie who figures out a way for them to make it. Allie has always seemed so together, back when they were in college together and even now as a wife and mother of two. Now, though, Allie’s calm veneer hides an all-encompassing fear, as the possibility of a life-threatening disease surfaces for her.

Rounding out the group are Tina and Allie’s husbands, the flamboyant Savannah whose husband recently left her, and of course the birthday boy Dwight and his wife Pauline, the only one who doesn’t really know anyone else in the group besides her spouse. A hurricane heads toward the Caribbean, but it isn’t the only storm that threatens to ruin their trip. Before long, tempers flare, conflicts arise, and old flames are rekindled.

In the past, Pekkanen has proved her prowess at writing about sisterhood, marriage, and the friendships between women. In The Best of Us, Pekkanen delves into all three of these themes with equal strength, making this a book with something for everyone.