The cast of Captain America: The Winter Soldier just struck gold. Their latest addition is an American icon. The Sundance Kid himself, Robert Redford, will appear in Marvel’s superhero sequel. 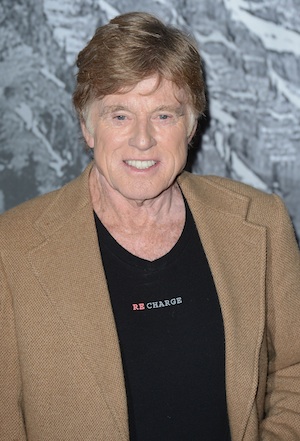 It was recently announced that Hollywood legend Robert Redford will star in a superhero movie. The actor has signed on for a supporting role in next year’s Captain America: The Winter Soldier.

Redford’s casting was a shock to fans, who had no idea he was interested in the comic book genre. With a career spanning five decades, Redford’s almost done it all. The actor told SpinOff Online that the uncharted territory is what motivated him to take the job.

Who will Redford play? Rumors were circulating that he’d star as Pierce, a senior officer in the S.H.I.E.L.D. (Strategic Homeland Intervention, Enforcement and Logistics Division) organization. But the actor went on to clarify his character as “The head of S.H.I.E.L.D.” That means he’s above Samuel L. Jackson’s character Nick Fury, who is S.H.I.E.L.D.’s director.

S.H.I.E.L.D.’s presence will be felt in The Winter Solider. Not only will Redford’s Pierce be there to stir the pot, but Jackson’s Fury will be back as well as Cobie Smulders’ Agent Maria Hill and Scarlett Johansson’s Black Widow.

Are you excited to see Redford in a Marvel film?