The actress has already opened numerous schools in the area, but this time she is hoping for some help to pay for it. 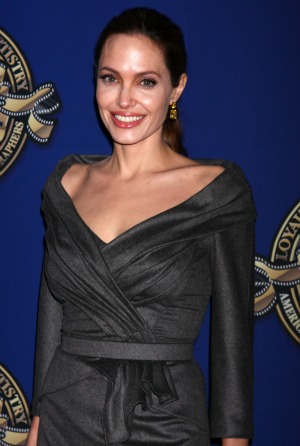 Angelina Jolie and Brad Pitt: Our wine is a hit! >>

Jolie will reportedly take all the proceeds from a jewelry line that she helped design and donate it to building new schools.

According to Jill Serjeant with Reuters, Jolie’s school is a girls-only primary school located just outside Kabul. She funded that school, but the actress wants to open more.

“Jolie plans to pay for more schools by selling a ‘Style of Jolie’ jewelry line that she helped create with jewelry maker Robert Procop,” Serjeant explains. “Procop designed the engagement ring given to the actress by her partner Brad Pitt in April 2012.”

According to E! News, Jolie’s school opened in November and educates somewhere between 200-300 girls. She also funded another school that opened in 2010 in Eastern Afghanistan.

“Beyond enjoying the artistic satisfaction of designing these jewels, we are inspired by knowing our work is also serving the mutual goal of providing for children in need,” Jolie said on the jewelry’s website.

“[The] first funds from our collaboration together have been dedicated to the Education Partnership for Children in Conflict (founded by Jolie) to build a school in Afghanistan,” said Procop on his website.

The jeweler also told E! News that he felt it was an “honor to have the opportunity to be part of creating this line with Angie, as we both believe every child has right to an education.”

Other celebrities have opened schools in Africa in the past, including Madonna and Oprah, but neither could be considered successes.

“Madonna’s project provoked controversy over costs and mismanagement, while a staff member at Winfrey’s school was arrested on charges of assault and abuse of students,” said Serjeant.

Angelina Jolie shares the story of Malala with her kids >>

Besides her quotes on the jewelry website, Jolie has not yet commented on the new endeavor.