Jennie Garth is proving that there is a big, full life after divorce. From her weight loss to her new boyfriend, 41 never looked so good! 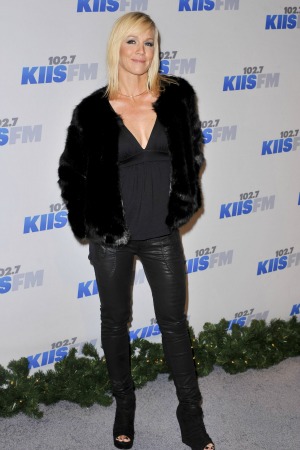 Actress Jennie Garth was spotted last week on spring break with her kids sporting a pink ruffle bikini and a big smile. After a rough breakup with her ex-husband, Peter Facinelli, the former 90210 star is proving that 41 never looked so good!

Garth has talked a lot about her personal struggles and how the extra weight she carried was a result of that emotional baggage. She has been frank about her 30-pound weight loss and the new choices she’s making for her health.

She told Health magazine in the January/February issue, “There’s no room for negative self talk. None. Just ban it from your vocabulary.”

Jennie Garth dropped the “dead weight” in her life >>

In addition to a new, physically fit body, she’s also found love again. Garth has been dating Jeremy Salken from the band Big Gigantic since October. The couple met at the Austin City Limits Music Festival last fall in Texas and they’ve been together ever since.

To celebrate this new life, Garth headed to Puerta Vallarta, Mexico, with her three daughters from her marriage to Facinelli: Luca, Lola and Fiona. According to E! News, the girls were active all week long enjoying paddle-boarding, zip-lining, hiking and kayaking.

After hitting the beach, they celebrated Garth’s birthday with a cake and a piñata where a source told E!, “It looked like they were having an incredible time.”