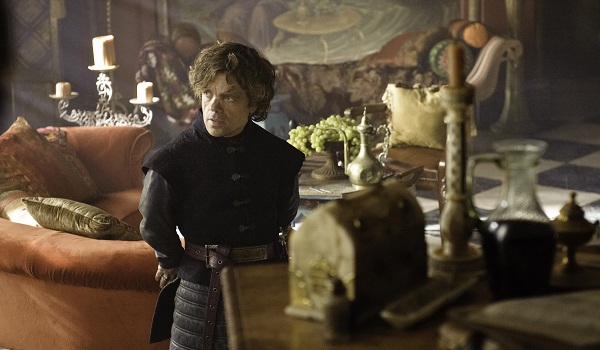 When George R. R. Martin released his book, Game of Thrones (the first in his A Song of Ice and Fire series) in 1996, he couldn’t possibly have guessed that almost two decades later people across the globe would gather around their televisions and computers to find out what would happen next to the characters in his world.

Get drunk on Thrones >>

That’s exactly what happened this weekend when 6.7 million viewers tuned in for the Season 3 premiere of HBO’s dramatic retelling of Game of Thrones. Holy moly, Halfman! Those numbers worked in favor of Thrones, though, as it prompted HBO to immediately announce they were renewing the show for a fourth season. Well played, viewers. Last season, Game of Thrones averaged almost 12 million viewers (including scheduled plays and on-demand and HBO GO views).

Just how much longer can Game of Thrones last? Possibly infinitely. Though the D. B. Weiss and David Benioff creation is named after the first book, it has continued to tell the stories from the entire series. As we begin Season 3, we also begin to dive into the third book of the series, A Storm of Swords. So far, Martin has released five books in the series. The newest, A Dance with Dragons, was released in 2011. Martin is known for his long delays between books. However, he might want to start typing (or scribbling) a little faster.

The book series is meant to tell a story over seven books, though there’s no rule (that we know of) that says the show must end after seven seasons. Assuming Martin doesn’t write us into a corner on purpose, the HBO series could continue long after the books finish. It wouldn’t be the first time a book-based show carried on with where the last book left off.

One thing we can tell you for sure, though: Despite an awful April Fool’s day rumor, Peter Dinklage will not be leaving the show.

Stay here for more GoT coverage all season long!