Feast your eyes on the first course of the reinvented Hannibal, premiering April 4. 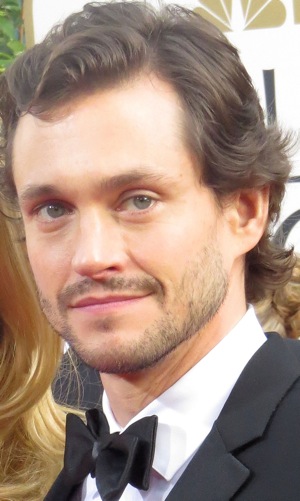 Celebrity cannibal Hannibal is back in the premiere of the new NBC crime drama and psychological thriller Hannibal. Feast your eyes on the latest blood-and-guts show airing on network television. Viewer discretion is advised. A hybrid of American Horror Story and True Blood on NBC, Hannibal raises the bar for TV crime dramas.

Most TV crime shows portray the same procedures over and over again. However, the forensic team in Hannibal takes it a step further in solving the murders, giving a fresh angle to the psychology behind serial killers and their TV copycats. Without spoiling the premiere too much, here’s an aperitif to feed your appetite.

FBI agent William Graham (Hugh Dancy) is unlike most crime investigators. He’s able to imagine and recreate the serial killer’s crime scene by rewinding the evidence in his mind to replay a murder. He takes on the physicality, emotional and psychological aspects of the killer, even sweating feverishly and hallucinating as he imagines the murder.

A former field agent, Graham got too emotionally involved in his cases, so he now teaches at the FBI academy training new officers. Agent Jack Crawford (Laurence Fishburne) puts him back on crime-scene investigation as a consultant on a new series of killings. Colleague Dr. Alana Bloom (Caroline Dhavernas) warns Crawford not to let Graham get too close to the case. Using his gift to solve these new serial murders, Graham determines that in a string of eight murdered women, this particular killer doesn’t want his victims to suffer when he attacks them, leading Graham to believe that the killer has a daughter of his own.

Agent Crawford asks Dr. Hannibal Lecter (Mads Mikkelsen) to help Graham with the case, and they travel to Minnesota to uncover another woman’s body. Unaware that the real threat is staring him right in the face, William asks Hannibal what he thinks of him so far, and Hannibal describes him as “the mongoose under the house when the snake slipped by.”

Graham’s evidence leads him to the house of the serial killer, who cuts his own daughter’s throat in front of him. Overwhelmed and unable to keep a steady hand, Graham fires numerous rounds at the killer. As a result, Crawford hires Hannibal to psychoanalyze Graham to make sure he can handle hunting down suspects.

So, who’s in control and who’s the crazy one? You’ll have to tune in tonight to learn more about the characters and their relationships with each other.

The premiere introduces a cast of both serious and comic characters. According to creator Bryan Fuller, the forensic team was cast with comic actors to balance out the bloody drama. Even William and Hannibal share a playful sense of humor.

Husband to award-winning actress Claire Danes, Hugh Dancy has capable acting chops. He delivers an impressive performance as a serial killer empathizer. The first episode portrays the possibility of William even going crazy himself. However, all we know so far is that he’s a lovable but antisocial guy who takes in stray dogs. He also just happens to be a gifted FBI agent who understands psychopaths.

Mads Mikkelsen is perfectly cast in the role of Hannibal Lecter as a sophisticated, cunning, chic psychologist by day and a cannibal by night.

Fuller brings his experience to the show as the writer and creator of such shows as Star Trek, Heroes, Wonderfalls, Dead Like Me and Pushing Daisies. Hannibal is expected to do extremely well, with 13 episodes in the making.

Although Hannibal is in competition with every other crime drama out there, and one might argue it’s not an original story and is recycled from old ideas, it’s expected to bring even more drama to network television as the newest psychological thriller.

Feed your TV appetite with the latest news from SheKnows >>