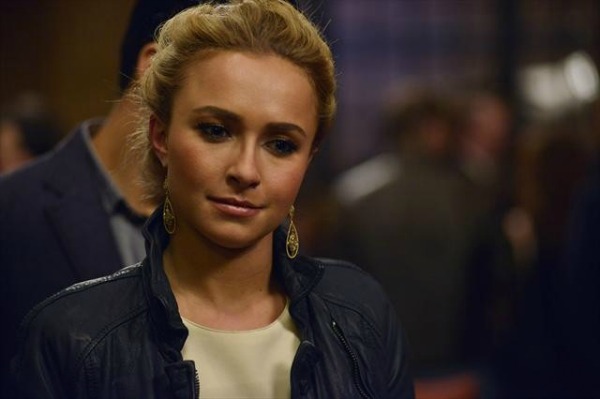 Check out the synopsis and the preview video below for Nashville “I Saw the Light.” The episode airs on Wednesday, April 3 at 10/9c on ABC.

Recap of last week’s episode of Nashville: Two steps forward, one step back >>

Here’s the official synopsis for the episode from ABC:

Rayna takes her children and sister with her on tour in NYC, but Rayna doesn’t like the influence Juliette is having on her daughters. Meanwhile Dante gives Juliette some career guidance that helps her see him in a whole new way; Deacon’s feelings for Stacey force him to reconsider his life on the road; a hunky new neighbor, Will (Chris Carmack), befriends Gunnar and Scarlett; Gunnar is thrown by Scarlett’s hiding information from him; Lamar threatens Peggy; and Avery jeopardizes his own future.

Wow, from the synopsis alone it looks like there’s going to be a whole lot of drama in this episode. Though it wouldn’t really be an episode of Nashville without some juicy drama, would it?

Next up, let’s take a look at the preview video.

In the preview, we can see that Juliette is going to find out about Rayna’s billboard apparently by waking up to find it staring at her through her hotel window. Something tells us that that’s going to make her madder than if she’d been told about it beforehand.

Also, it looks like Teddy and Peggy are going to be taking full advantage of her “consultant” status to meet up in what looks like it could be the Jaymes family home. If that’s true then we’re guessing Teddy is going to be in big trouble, seeing as Rayna just told him to keep his little affair out of the home where the kids are living. Rayna and the kids may be out of town, but that would technically still be breaking the rules.

We also see that Juliette is going to have some romance with someone, but the clip was too short to tell who the man was. There’s also going to be a lot of drama when Rayna meets Deacon’s new girlfriend, Stacey. But it looks like the drama will be more on Stacey’s end than Rayna’s. That woman is no fool and picks up on the fact that Deacon has been involved with both of the women on his tour. He claims it’s history, but she seems to doubt it.

What do you think now that you’ve read the synopsis and seen the preview for this week’s episode of Nashville? Do you think that Teddy and Peggy have taken their naughty business to the Jaymes family home? Will Rayna be jealous of Stacey?