Chloë Grace Moretz sure likes to have a bloody good time on-screen. 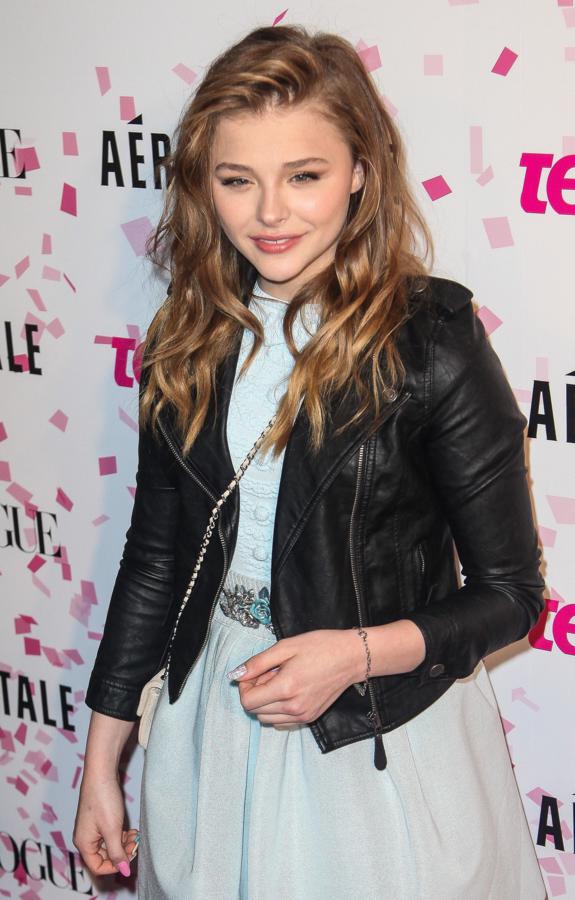 She terrified us as a child vampire in Let Me In and now Chloë Grace Moretz is dipping into the horror well yet again.

Deadline reports that the actress is in negotiations to star opposite Charlize Theron in the eerie thriller Dark Places, and the plot couldn’t be more intriguing.

Based on the 2009 mystery novel by Gillian Flynn, the film centers on a woman (Theron) who is forced to confront the vicious massacre of her family.

Years after testifying against her own brother, who she believes is responsible for the crimes, a group known as the Kill Club attempts to prove his innocence.

If cast, Moretz will play a character named Diondra and squeeze the film into an already crowded schedule.

The 16-year-old has about seven films in the works at the moment, including the drama The Devil and the Deep Blue See and the comedy Dance of the Mirlitons. Moretz will also appear in Man Under. Directed by Tim Robbins, the dramedy also stars Michelle Pfeiffer.

It was recently announced that the star is slated to join Anne Hathaway and Sam Rockwell for the indie comedy Laggies.

Audiences can catch the star in theaters this August when she reprises her role as Hit Girl for Kick-Ass 2. This October, Moretz will star in Kimberly Peirce’s remake of Carrie, alongside Julianne Moore.