Just like the rest of us citizens, celebs are called to serve on juries. Here’s what happened when Mandy Patinkin, who plays Saul Berenson on Homeland, showed up when summoned in NYC. 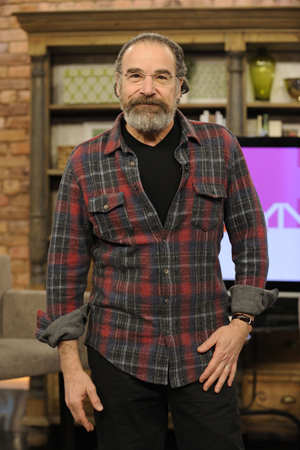 My name is Inigo Montoya, I’ll be your juror.

That’s what fellow prospective jurors were no doubt thinking when they were flabbergasted to see Mandy Patinkin, famous for roles such as the aforementioned Inigo Montoya in Princess Bride, walk into NYC’s Centre Street courthouse, as The New York Post reports.

Was he there to shoot a scene in his high-profile Showtime series, Homeland (President Obama loves it!), in which he plays CIA division chief Saul Berenson? Nope! He was there because he got a jury duty notice in the mail, just like the rest of us.

Celebs are called for jury duty just like everyone else. However, they often don’t end up actually serving, because during the juror-questioning process someone dismisses them as a distraction.

Homeland geared up for another emotionally charged season >>

In Manhattan, at least, celebs had a shot at preferential treatment for some years, given the chance to participate in Juror Appreciation Day. Each November, The Wrap reported in 2011, celebrities who’d been called for duty over the past year were given the choice to report as usual, or gather at the Manhattan Supreme Court to talk to high school kids about the importance of serving on juries.

If said celebs showed up at Juror Appreciation Day, they were then excused from serving.

But the Juror Appreciation Day program was canceled in 2011 due to budgetary cutbacks, so celebs are back to showing up with a book to read.

A source told the Post that Pantinkin “was questioned as part of the group for a trial. But it was a little awkward because the lawyers asked him very personal questions, like where he lived, what he did for a living. He said he was an actor but didn’t say what show, but in the middle of the potential jurors being questioned, the judge said he was a ‘big fan.'”

Ultimately, Patinkin was dismissed. Good thing, too, since Homeland creator Alex Gansa told CNN that the third season of Homeland will begin filming in May. A long, complicated trial that consumed Patinkin’s daylight hours sure would have put a crimp in that schedule.