If there’s anything the doe-eyed actress Amanda Seyfried is an expert on, it has to be getting hitched! From 19th century France, to the isles of Greece, to her new film The Big Wedding, she’s donned the white dress. Luckily for her, she looks lovely in white. 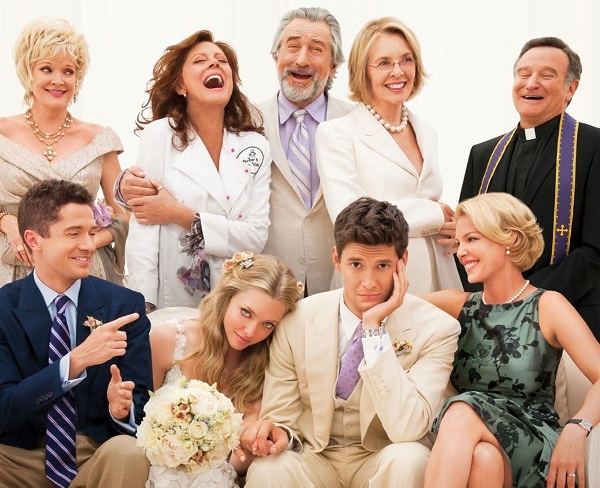 Though Amanda Seyfried appears in many white wedding dresses in her movies, white wedding gowns haven’t always been the norm. Today, most people assume that brides choose white because it symbolizes their virginity, but that isn’t how the trend began. Traditionally in Western society, blue was the color that represented purity and sanctity, and it was often associated with the most famous virgin of them all, Mary.

So how did brides begin to delight in white? It started when England’s Queen Victoria married Albert of Saxe-Coburg in 1840. At the time, European women would wear dresses made of the most expensive, colorful fabrics and furs they could afford to display the wealth and status of her family. Scandinavian brides often wore black.

Particularly fond of some elaborate white lace, Queen Victoria designated that the lace be used in the construction of her wedding gown. Just as knockoffs of Princess Kate’s gown began to surface after her royal wedding to Prince William, many brides adopted Queen Victoria’s color choice to give their own wedding the royal touch.

Everyone loves Princess Kate: And her dress! >> 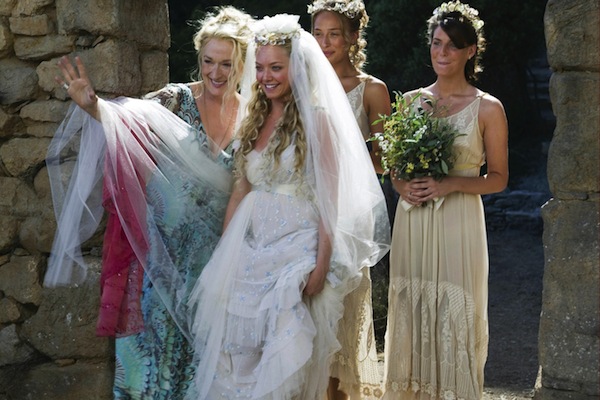 Saying “I do” on a Greek island is a wedding any gal would dream about. In this 2008 movie-musical, costume designer Ann Roth styled Amanda in a Greco-Roman-inspired dress. The long white veil and tiers in the skit imply abundance, as if her love and fortune will never run out. Her wavy, long blond hair flows around her face like spun gold. 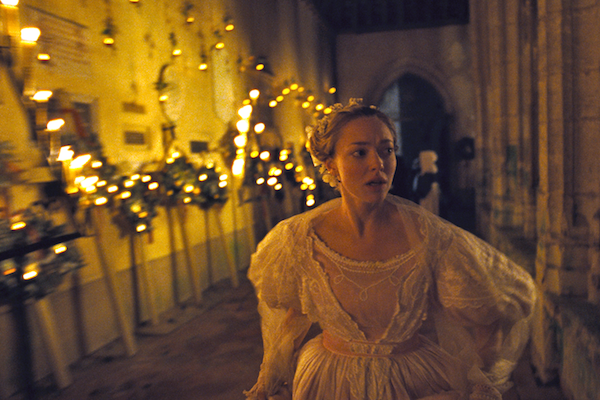 Audiences were entranced by the romantic Parisian wedding between Cosette and Marius in this amazing film. Costume designer Paco Delgado put Seyfried in this ivory lace stunner with puffy sleeves and tiny white lilies in her up-do. Cosette was perhaps the only character in the film to transcend misery. 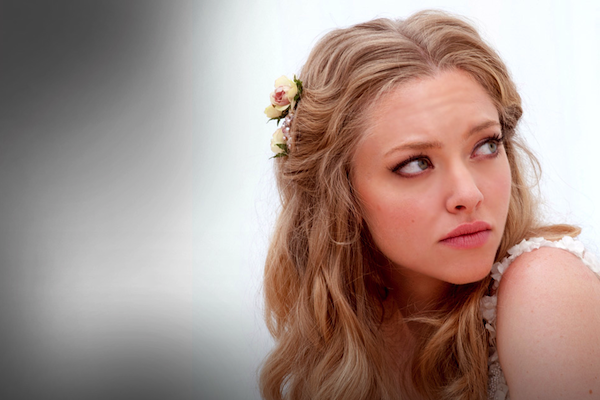 The Big Wedding is Seyfried’s latest film, in which she plays bride-to-be Missy O’Connor. This romantic comedy also stars Robert De Niro and Diane Keaton as neurotic parents engaged in a huge charade that backfires at Missy’s wedding. Also in the cast is comedic genius Robin Williams and the ageless beauty Susan Sarandon.

Costume designer Aude Bronson-Howard chose this spring-fling of a wedding dress with linguini straps and fabric that appears to be covered in wisps that look like flower petals or butterfly wings. With a contemporary, easy hairdo and simple flowers, Seyfried looks truly lovely.