The nominees for the 2013 Academy of Country Music Awards are already announced, but what if the fans ran the awards? SheKnows offers up a few categories we’d love to see at the 2013 ACM Awards.

The nominees for the Academy of Country Music Awards are already announced, but what if the fans were in charge of adding a category or two? We thought it would be fun to imagine what that would be like.

Here are awards we’d like to see at the 2013 ACM Awards this year: 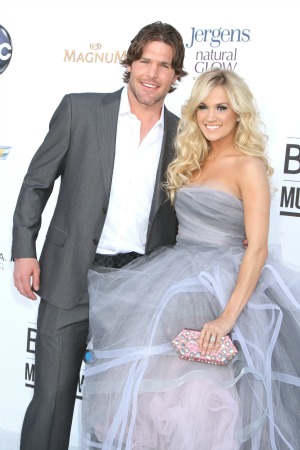 It’s hard to pick when there are so many great couples in country music. Right now, no one seems to beat the “it” couple of the moment, Blake Shelton and Miranda Lambert. However, there are some other great couples with ties to the country music business including Nashville star Kimberly Williams-Paisley and her husband Brad Paisley. Or how about Carrie Underwood and her NHL-player hubby Mike Fisher? However, the legacy couple of Reba McEntire and her talent-manager husband Narvel Blackstock might be the cutest couple now that they’ve added Blackstock’s son Brandon and his fiancée Kelly Clarkson into the fold.

There are some handsome men in the country music world and it’s time we honor them with an award of their own. With up-and-coming singers like Hunter Hayes and Lee Brice ushering in a new breed of cowboys, it’s fun to how they blend in with mainstays like Tim McGraw, Keith Urban, Luke Bryan and Jake Owen. It’s a good year to be a fan of cowboys with so many hunky choices in the mix. 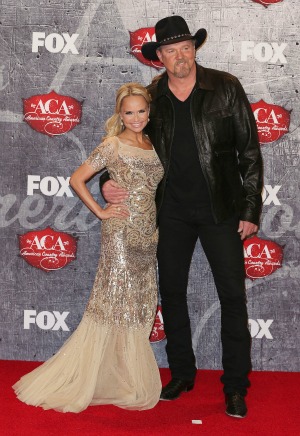 This year the ACM Awards are serving up both Blake Shelton and Luke Bryan as the dynamic duo to lead the show. However, country music fans have seen a strong slate of hosts this past year. Kristin Chenoweth and Trace Adkins enjoyed their height difference and joked accordingly while hosting the American Country Awards in December. The longest-lasting set of co-hosts though is Carrie Underwood and Brad Paisley, who have helmed the Country Music Association Awards for five years in a row. Who’s your favorite team?

In the Top 25 Grossing Tours of 2012, country acts like Kenny Chesney & Tim McGraw, Jason Aldean, Brad Paisley, Taylor Swift and Rascal Flatts all ranked up there with the top rock acts. It would be an epic ACM Awards if the country acts on this list performed on the show, with the top performance of the night going home with the award. The fans could vote live so it would be a professional version of American Idol without the need for Nicki Minaj or Mariah Carey on the judging panel.

Don’t forget to watch the Academy of Country Music Awards live on CBS on Sunday, April 7.