Hunter Hayes can be considered one of the top musicians in the world of country music, but he is barely old enough to drink. So how did he get to where he is in such a short time? 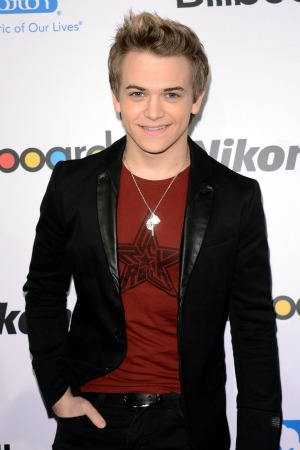 Hunter Hayes is only 21 years old, but he has already climbed to the top of the country music world. For all he has, the singer thanks his hard work more than his natural talent.

“With me, it’s always going to be music,” he said in his website bio. “That’s the one thing I know. That is my thing. That is my place. I make music because it’s the only way I can breathe. This is how I want to spend the rest of my life.”

So just how did Hayes get to the place he is at?

Below is a time line of his life and successes.

September 1991: Hunter Hayes was born. While, for many artists, there would be many steps between birth and success, Hayes was not too far away from making it big.

“Despite his youth, he already has a lifetime of musical experience. The Louisiana native began picking up various instruments when he was only two years old,” according to Hayes’ website. “At age four, he joined his first band. He took his accordion on stage and sang ‘Jambalaya’ with Hank Williams Jr. that year, too. At age six, he was cast in the Robert Duvall film The Apostle. The actor gave Hayes his first guitar. Hunter recorded his first album when he was nine and his second at the age of 10.”

2008: Hayes’ family moved to Nashville to help him live his dream. He took distance education courses to finish high school.

2011: Hayes was invited to join Taylor Swift on her Speak Now tour. He opened for the singer on 10 dates before embarking on his own radio tour. He later joined the Rascal Flatts and Carrie Underwood on tour.

May 2011: “Storm Warning” is released as a single, which would be the first from his debut album. The song ended up reaching gold status.

October 2011: Hunter Hayes released his self-titled album. The musician wrote (or co-wrote) all the songs on the album. He also co-produced the album as well as playing more than 30 instruments to get to the final product.

2012: Hayes is nominated for Best New Artist at the ACM Awards. He receives eight other awards nominations that year, including at the CMT Awards, Teen Choice Awards, and the CMA Awards.

“Since the release of Hunter Hayes, the singer-songwriter has embarked on a blitzkrieg of television appearances,” according to his website. “He has sung on The Late Show with David Letterman, Good Morning America, Late Night with Jimmy Fallon, The Talk, E! News and The Ellen DeGeneres Show.”

Hayes also performed on the CMA Music Festival: Country’s Night to Rock that year. He played his song “Wanted” to 50,000 of his biggest fans.

September 2012: Hunter Hayes becomes the youngest musician to be inducted into the Louisiana Hall of Fame.

February 2013: Hayes is nominated for three Grammy Awards, including the much-coveted award for Best New Artist.

April 2013: The singer is nominated for four awards at the 2013 Academy of Country Music Awards, including Song of the Year and Video of the Year.