Revenge: What is it good for? (Absolutely nothing.) 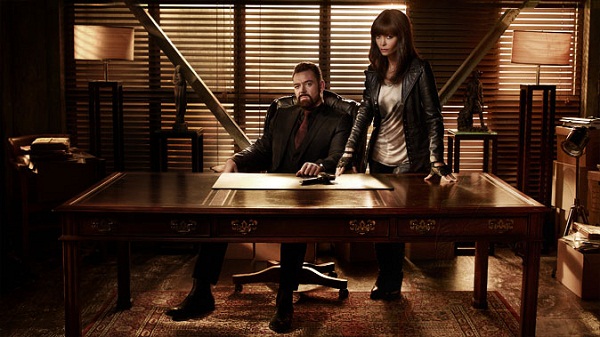 When Grace’s (Thandie Newton) one son is killed on the season premiere of Rogue, she is one unhappy mama and immediately sets out for revenge. The harder she strives to find the person responsible for her son’s death, the deeper she dives into some seriously shady dealings. When the detective finds herself in with the mob, will she still be up to exact her revenge? Should she?

Is revenge ever a “good thing”? We asked the cast of Rogue while on the red carpet for the premiere.

Everything you need to know about Rogue >>

“I think it can be a good thing,” said Sarah Jeffery, who plays Grace’s daughter, Evie Travis. “It’s what drives [Grace] forward and what drives the whole TV series.”

Her castmate, the adorably British Matthew Beard (who plays Max), had a different opinion.

“I don’t think it’s a good idea, as very tempting as it is and as often as I’ve sought revenge in my life,” he said. “But, I think what people will relate to Thandie’s character is that suddenly revenge, if you want to call it that, is very necessary. I think everyone will feel that they would’ve done exactly the same thing as her.”

His co-star, Claudia Ferri, who plays the tough (and originally male) Hernandez, agreed. In most cases, it’s best to shy away from revenge. (No matter how much you want it!)

“It’s not always something that you can control,” she said about taking revenge.

Ferri shared a personal experience with us that helped shed light on her beliefs on revenge. She said she was once attacked! As much as she wanted to grab the other guy and take her revenge, something stopped her.

“Once I realized he was a real guy and not a monster, there was this little voice that said, ‘Don’t!'” she explained. “But it’s always best, I think, to just stand back and try to see the humanity in the other person.”

Rogue‘s producer tells us why she loves the show >>

That’s awesome advice. Hopefully, you’re never put in a situation like Ferri’s (or Grace’s) where it’s even something to consider. No matter what, though: We’re rooting for you. Just like we’ll be rooting for Grace on the series premiere of Rogue on April 3 at 9/8c on DIRECTV’s Audience Channel.