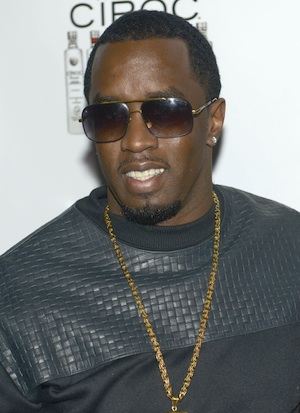 “Puff Daddy”, “Puffy”, “P. Diddy”, “Diddy Dirty Money”. You can call him whatever you want, but you can’t call him poor.

With an estimated net worth of $580 million, you can be sure that Diddy‘s record deals aren’t the whole story. Forbes reports that his wealth mainly has come from non-musical ventures.

For instance, P.Diddy’s deal with the vodka brand Ciroc pays him an eight-figure salary yearly and will net him a nine-figure pay day if the brand is sold.

Endorsements, his eponymous clothing line Sean John, Bad Boy Records and his numerous other ventures have secured Diddy’s place on top of the world.

Only about $100 million behind at No. 2, we find Beyonce’s husband and Blue Ivy’s dad, Jay-Z. His head for business has steered him toward mega million-dollar investments in sports, alcohol, event management and clothing — each with huge payouts.

With 17 Grammy nominations and more than 50 million albums sold worldwide, he may have 99 problems, but money ain’t one. Plus,  Jay-Z is about to embark on a tour with Justin Timberlake this summer so look for his net worth to skyrocket next year.

Coming in at No. 3 is 48-year-old Andre Young. Known to his fans as “Dr. Dre”, Young’s fortune comes mainly from the high-end Beats by Dr. Dre headphones and speakers.

If you watched the Olympics last summer, you no doubt saw Dre’s handiwork on the ears of practically every single athlete who needed to get pumped up before the starting gun. Dre’s headphones are favorites of athletes and celebrities alike. With a 65 percent share of the high-end headphone market, $350 million is music to Dre’s ears.

Check out these flashback albums by Dr. Dre, TLC, Oasis and more >>

At $150 million and in the fourth spot, Bryan ”Birdman” Williams is the only artist on the list to make most of his money directly from album sales. While Birdman may not be a household name, his acts certainly are: Lil Wayne, Drake and Nicki Minaj to name a few.

Rounding out the Top 5 with $125 million is Curtis “50 Cent” Jackson. Fiddy knows that being up in da club isn’t enough. The most successful hip-hop artists are up in da boardroom. At age 37, Jackson has made his millions off some shrewd branding deals through books, video games, and a lucrative deal with vitaminwater. Not a bad deal for a guy who started selling drugs at age 12 on a street corner in Queens.

Out of the top five from last year is Kanye West, but is that suprising? I would think that dating Kim Kardashian and becoming the father of her baby would use up a lot of your money. Keep saving, Kanye, and we’ll see you back on the list next year.