The Academy of Country Music Awards are just around the corner, so SheKnows is giving you a glimpse of some of the nominees through their music videos. 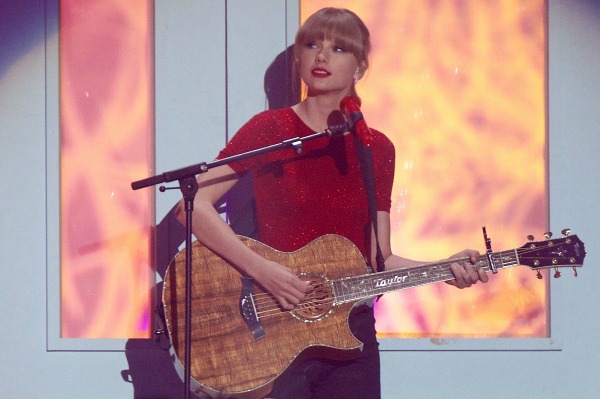 The Academy of Country Music Awards are just around the corner and it’s a great time to dive in to see the music videos from some of the nominees. From Taylor Swift to country’s first couple Blake Shelton and Miranda Lambert, there have been some huge hits that have crossed over into other genres of music.

The 23-year-old singer has had a monster year with her best-selling album Red. When she isn’t making headlines for her music, Swift is making headlines for her dating escapades. However, her tabloid love life has inspired a few mega-hits including this catchy single, “I Knew You Were Trouble.” The first two minutes of the video takes the viewer on a series of flashbacks of a troubled romance. The song doesn’t even begin until you hit the two-minute mark and that’s when the lyrics begin to stick in your head all day long. The big question this year: Will she win Entertainer of the Year three years in a row?

Hayes is another young country star whose has exploded onto the music scene this year. He’s nominated for New Male Vocalist of the Year and his video for “Wanted” is up for Video of the Year. The 21-year-old opened for Carrie Underwood in 2012, so fans across the U.S. were able to see his talent during the tour. See what the hype is all about in his video for “Wanted.”

The king and queen of country music hit it big in 2012 with the touching song, “Over You.” The single was co-written by the married couple in honor of Shelton’s older brother who was killed in a car accident when the singer was a teen.

When it came time to sing the song, Lambert told The Tennessean, “Blake said he couldn’t record it for himself or sing it onstage every night, but he would be honored for me to.” The duo work well together on both a personal and a professional level, no wonder the song is nominated for Song of the Year.

The video for their song “Tornado” starts out in complete silence with only the occasional squeak from a rocking chair or the cry of a crow. When the music begins at the one-minute mark, the viewer knows they are in for something special. The second single off of their 2012 album of the same name went gold after selling over 500,000 units. For fans of Roadhouse 2, you might notice the handsome Johnathon Schaech starring in the Video of the Year nominee.