It looks like Spring Break is over for Selena Gomez. 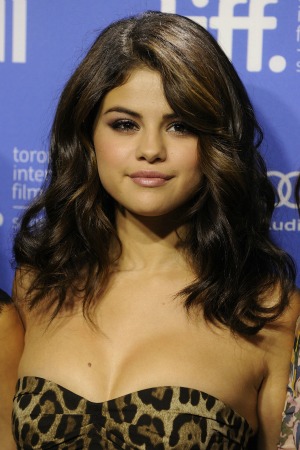 William H. Macy has lined up an impressive cast for his directorial debut.

The film’s moving plot centers on a father who loses his son and starts a band so that he can bring the songs that the deceased young man left behind to life.

In other words, it’s bound to have audiences sobbing into their popcorn.

Macy and the cast will squeeze the film into an already-crowded schedule.

He’ll direct the film while on hiatus from the Showtime series Shameless. The versatile actor will soon star in the comedy Trust Me with Sam Rockwell as well as Two-Bit Waltz.

Gomez is currently appearing in Spring Breakers and will soon be seen in the horror thriller Aftershock. Later this year she’ll appear in Behaving Badly opposite Mary-Louise Parker.

Fishburne will next appear on the small screen in the eerie serial killer show Hannibal. But that doesn’t mean he’s neglected silver screen work. The Oscar-nominated actor will appear as Perry White in the highly-anticipated Man of Steel.

A promising up-and-comer, Yelchin is set to appear in the highly-awaited Star Trek Into Darkness. He’ll also appear in the vampire flick Only Lovers Left Alive with Tom Hiddleston and Mia Wasikowska.

Crudup will appear in the crime drama Blood Ties opposite Mila Kunis and Marion Cotillard and the thriller Glass Chin.