Now that the bloodshed of The Walking Dead Season 3 finale is over, let’s take a look at what we know as we look forward to Season 4. 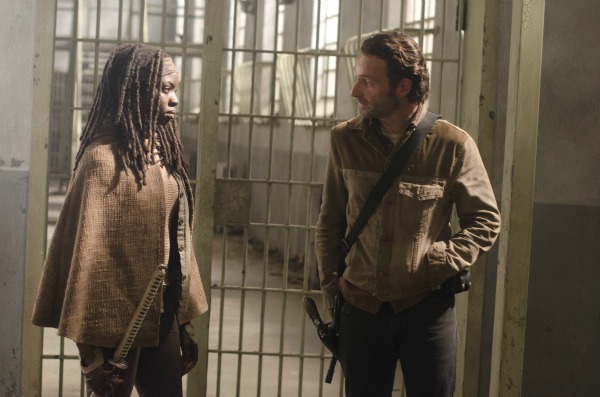 Warning: Major spoilers ahead for The Walking Dead Season 3 finale. You have been warned.

How did the finale do? In a word: fantastic. The Walking Dead Season 3 finale brought in its largest audience ever with 12.4 million viewers. Now that it’s all over, let’s take a look at what we know.

The Governor is gone… for now

The last we saw of the Governor, he was driving angrily away in a truck with two very nervous men. We can only imagine what that road trip is going to be like. What do you say after your boss goes crazy and shoots all of your friends because they dared to defy an order? We doubt that the two guys left will have anything negative to say to the Governor, but we also wonder why neither of them took him out when they had the chance. After all, he was pretty busy when he was slaughtering all those innocent people.

Rick has his sanity back… we hope

Rick began a slow descent into madness after Lori’s death, but it seemed like the visions he had of her were also guiding him in the right direction. In the last episode he gave up running the group completely on his own and gave everyone a vote as to how they should proceed. In the finale, Rick also gave up ignoring all other human beings for the sake of his “family” and accepted refugees from Woodbury. When it was all over, he no longer saw Lori watching him from above, which seemed to prove that his sanity had (hopefully) come back to stay.

As promised in the previews, the body count in this episode was extremely high. Honestly, most of them were losses of little importance, but a couple did stand out. Milton was not what one would call a fighter and yet I admired how valiantly he tried to save Andrea. First he attempted to kill the Governor so that he wouldn’t be forced to kill her. Then he told her about the pliers and stayed alive as long as possible to give her the best chance he could. Just thinking about his bravery gets me choked up a little. Then there was Andrea. She may not have been everyone’s favorite character, but she — like Merle — saved her best for her last moments. With the admission that she’d just been trying to help everyone, we finally understood why she did a lot of the things she did this season.

The Walking Dead conspiracy theory: Is it real? >>

The prison has some new guests

When Rick opened the doors of the prison to the refugees of Woodbury, he not only cemented his lock on sanity, but also set a new precedent for next season. Could it be that we’re going to see a whole new side of Rick? One that doesn’t leave lone men stranded by the side of the road to be eaten by zombies and then take their packs once they’re dead? It may be survival of the fittest after the zombie apocalypse but what are you surviving for if there’s no one left alive? Perhaps Rick has finally realized that they need to do more than survive; they need to also grow in numbers so that they can rebuild.

When Carl shot what was basically an innocent man, we thought for sure that he’d jumped on the crazy train with his dad. Carl is in a unique position in that he’s young enough to still be forming the person that he’ll become as an adult. The world he lives in will have a very different influence on him than the one that all the other adults grew up in. In the normal world, you don’t kill innocent people. But in the zombie apocalypse, it seems that every person you leave alive could come back to kill you. So is Carl right or is he wrong? We wish we could say he was completely wrong, but he sure did have a good point when he explained his actions to his father.

With the season ending not ending with a cliff-hanger, it feels like the door is open for even more possibilities than normal. My prediction is that we will start Season 4 after some time has passed for the prison group and their new friends from Woodbury. I think that they will have started working together as a team, but that there will still be some tension between the two groups. They may even have begun to relax enough that they think the Governor is gone for good, which will probably be the time that he chooses to strike again. As for the Governor, I think he will have found some new followers and will be more intent than ever to seek revenge on everyone at the prison.

What did you think of The Walking Dead Season 3 finale? Do you have any other important facts we should add to our list before we all look forward to Season 4? What are you predictions for next season? 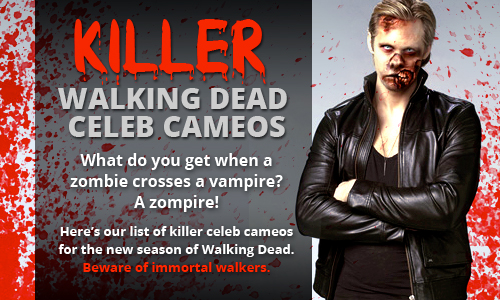