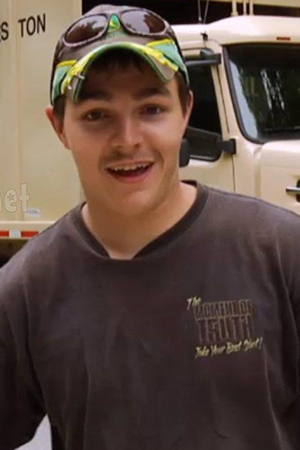 MTV’s Buckwild stars got some exciting news last week: Their show was picked up by the network for a second season. But, that season might not ever happen since one of the show’s main stars was found dead on Monday.

The discovery comes a day after the Gandee family reported the two missing. They were last seen at local watering hole Larry’s Bar around 3 a.m. Sunday when they told friends they were going to go off-roading.

The problem: They didn’t tell anyone where they were going.

Authorities haven’t commented on the cause of death yet, but an unnamed source told RealityTea that it was carbon monoxide poisoning.

“They were mudding and got stuck in a mud hole,” the source told the website. “They left the engine running, which caused the carbon monoxide poisoning.”

RumorFix also has an “exclusive” source that said the young reality star died of a gunshot wound.

What we do know: It’s all speculation until police release an official cause of death, but the Kanawha Sheriff’s Office released an official statement.

“We cannot confirm the identities of the bodies at this point, but there are three. The vehicle was found at 11.30 a.m. this morning in a wooded area near Shain’s house. We are dealing with a geography problem right now because it is a remote area and the car is in a ravine. The bodies have not yet been moved, and I estimate that a passerby found the car. Shain and David were last seen at Big Larry’s bar at 3 a.m. on Sunday night, and they were reported missing later by family. I don’t know if they crashed, but that’s a strong possibility.”

MTV and other network stars have expressed their sadness over young Shain’s death.

“We are shocked and saddened by the terrible news about Shain Gandee, and those involved in this tragic incident,” MTV said in a statement. “We are waiting for more information but at this time, our main concern is for the Gandee family and their friends. Our thoughts and prayers are with them. Shain had a magnetic personality, with a passion for life that touched everyone he met and we will miss him dearly.”

“So sad to hear the news about someone from the mtv family 🙁 rip Shain Gandee #Buckwild my heart goes out to his fam n friends,” Deena added.