The band returns after a four-year break, and with as much talent as ever. Their fans should be pleasantly surprised with the new, more grown-up sound. 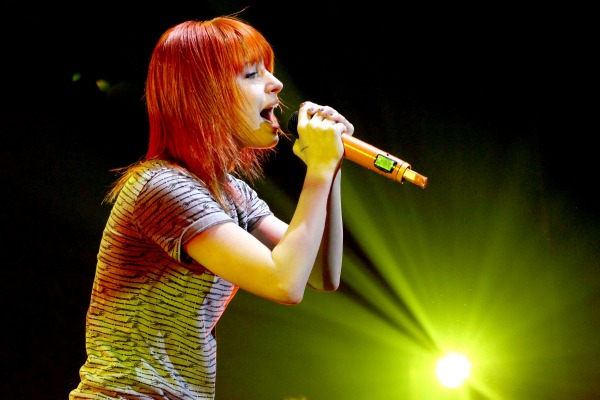 It’s been four years since Paramore released their third album Brand New Eyes, and after a much-needed break, the band is returning full force with a new album on April 9. The album’s name is very important to the band, and they explained the naming choice in a statement.

New Kings of Leon album due out in September >>

“With the most pride and passion we could ever possibly express, we would like to announce that this album will be self-titled,” said the band, according to MTV. “It has been self-titled through nearly the entire process. … The whole making of this album was a rediscovering of ourselves as a band and as friends. It was a process that allowed us the freedom to explore new territory artistically and to liberate ourselves as musicians, singers, as people.”

“Sincerely, we feel that the best way to give it a name is just to call it what it is,” the statement continued. “This album is us.”

The first single from the album will be a song call “Now,” and shows that Paramore is back in full force.

“It just feels like the perfect way to start this new journey we are embarking on not only as a band but as a movement,” the band wrote. “To show people that you can lose battles but come back and win full-on wars. You can rise from ashes. You can make something out of even less than nothing. The only thing you have to do is keep moving forward.”

The song sounds a little like late-generation No Doubt, with bits and pieces of a few other female-fronted bands. But in the end, it sounds like Paramore.

But this time, it’s a more grown-up, composed Paramore.

“Let me be the first to tell you that Paramore are really going for it on their self-titled fourth record, a (really) long player that teems with ambition and studio flourish, both to its benefit and, to a degree, its detriment,” said James Montgomery with MTV.

The band has been together since 2004, when lead singer Hayley Williams was only 15 years old. Now, nine years later and four years after their last release, the band shows their maturity with the well-produced album. Their writing, both musically and lyrically, shows how much they’ve grown in four short years.

“Thanks to our fans for believing in the three of us before we ever even did,” the band said. “We are prouder than ever and more excited now than ever to be Paramore.”