Stephen Baldwin agreed to pay New York State $400,000 in back taxes over the next year ito avoid jail time. He blamed his failure to file 2008–2010 taxes on his former accounting team. 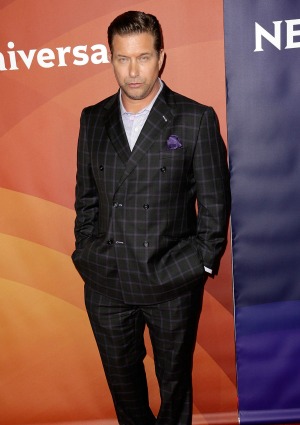 Actor Stephen Baldwin must be breathing a sigh of relief this week after he managed to avoid jail time stemming from his December arrest. At the time, Baldwin had failed to file his taxes for 2008–2010, and he owed over $350,000 to New York state.

On Friday, the All-Star Celebrity Apprentice cast member had his day in court. He pleaded guilty to felony tax evasion charges and agreed to pay $400,000 in back taxes. When he entered his plea, Baldwin had already paid back $100,000 of the money owed.

The 46-year-old spoke publicly as he exited the courthouse. He said, “I’m just grateful for the opportunity to rectify that situation, first and foremost. It has never been nor will it ever be my intention to not pay my taxes. I just look forward to getting this $300,000 paid up in the next year. I have wonderful opportunities right now on the horizon to be able to do that and I believe I can.”

Baldwin is currently starring on Donald Trump’s reality show, and as of Sunday’s episode, he was still in the mix. Hopefully, there will be other entertainment opportunities for the actor in 2013 because $300,000 is still a hefty tab.

The court will be checking in on Baldwin’s progress — another court date is set for July 19. He is also on probation. Failure to cooperate in this case could result in a jail sentence of up to three years.

He has until March 29, 2014, to pay his tab to New York. If he successfully meets those terms, the felony charges of tax evasion will be dropped. If he fails to back the state back, Baldwin risks five years’ probation and a possible jail sentence.

Alec’s younger brother has maintained that an accounting firm that he had hired failed to file his taxes for him over that three-year period. According to Newsday, Russell Yankwitt, Baldwin’s lawyer, confirmed the actor had already filed his 2012 taxes and he was working on his 2011 returns with a new accounting team.

The Rockland County district attorney, Thomas Zugibe, seems to have gotten the last word though.

In an official statement after the ruling, he said, “This defendant withheld taxes that he was legally obligated to pay as a New York State resident. Individuals who attempt to steal from the public are stealing from the pockets of every New Yorker. Regardless of social status or income level, my office is committed to pursuing criminals who purposefully cheat the government and law-abiding taxpayers.”

Baldwin better pay everything back. You don’t want to mess with the district attorney.