Princess Diana couldn’t escape the media, but a new book says one night in the 1980s, her friends disguised her as a man and took her out for a night on the town. 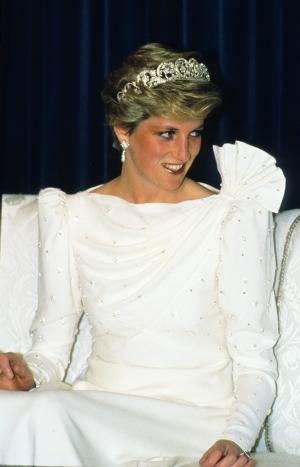 Before her death in 1997, Princess Diana was the most photographed woman in the world. So to have a night out without paparazzi was a rare, if not impossible, task. But a woman has come forward saying that is exactly what happened one night in the late 1980s.

Lessons to learn from past royalty-moms >>

According to the UK Telegraph, comedian Cleo Rocos said that one night she, along with fellow comedian Kenny Everett and Queen lead singer Freddie Mercury, dressed the princess up and took her out to a gay bar in the British capital. Rocos said that they disguised her in an army jacket, hat and sunglasses and took her to the Royal Vauxhall Tavern in south London.

“When we walked in… we felt she was obviously Princess Diana and would be discovered at any minute,” Rocos said, according to the newspaper. “But people just seemed to blank her. She sort of disappeared. But she loved it.”

Rocos is telling the story in her new book, The Power of Positive Drinking. She added that Diana was dressed up as a man and was meant to look like a male model.

“She did look like a beautiful young man,” Rocos explained.

Rocos said that the star power of the two comedians, as well as Mercury, gave the club goers a focus other than Diana. She was able to enjoy herself without anyone figuring out who she really was.

Princess Diana was the constant center of media attention after she married the heir to the British throne, Prince Charles, in 1981. She had her first child, Prince William, in 1982 and her second, Prince Harry, two years later. Her divorce from Charles was finalized in 1996, and she died in a car crash in Paris in 1997.

Mercury was the talented genius behind the band Queen, with hits such as “Bohemian Rhapsody” and “We Are the Champions.” He died before Princess Diana, in 1991 at the age of 45.

Top fairy-tale weddings & why we loved them >>

Rocos’ story has not been confirmed, and it probably won’t be, but it’s nice to think that Princess Diana may have had a few moments of normalcy after becoming a princess.