The Dwayne “The Rock” Johnson action flick delivered box office totals almost as large as Johnson’s biceps. But how did Stephenie Meyer’s new franchise The Host fare, considering it was panned by the critics? 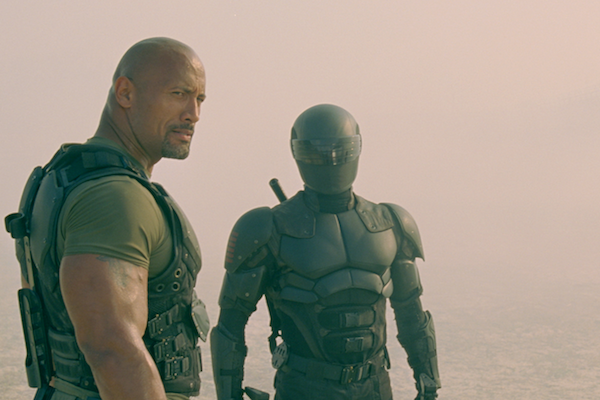 The Hasbro doll–inspired movie took in $51.7 million in the US and a global total of $153 million. As far as Easter weekend grosses, this is the second best after Clash of the Titans, which earned $61 million in 2010.

DreamWorks is painting its cave green with all the box office returns. This animated film in 3-D surprised Hollywood by clubbing Olympus has Fallen last week, and it brought in an additional $26.5 million over this holiday weekend.

Featuring Kim Kardashian and Vanessa Williams, this film about betrayal and reckless abandon brought in an impulsive $22.3 million.

Gerard Butler protects the White House from Korean bad guys and has us wondering if North Korean leader Kim Jong-un and his new buddy, Dennis Rodman, will be sharing popcorn while watching this flick. Olympus brought in an additional $14 million.

Who knew this prequel to The Wizard of Oz would enchant so many moviegoers? James Franco should be feeling great and powerful considering the film added $11.6 million to the pot of gold at the end of its rainbow.

Compared to the original Twilight movie, which brought in $69 million on its opening weekend, The Host disappointed with its opening total of a bloodless $11.2 million. Note to Hollywood: Vampires are way sexier than aliens, even ones with freaky blue contacts.

Halle Berry and Abigail Breslin are still representing at the box office with this thriller about a deranged kidnapper who’s obsessed with his deceased teen girlfriend’s blond hair. The Call dialed in another $4.8 million.

Writer and actress Tina Fey continues to inspire women with her neurotic, quirky but intelligent characters. This movie about students trying to get into Princeton received a scholarship of $3.2 million this weekend.

This dark and wacky film from writer/director Harmony Korine stars James Franco, Selena Gomez and Harmony’s own wife, Rachel Korine. Taking no break from the box office, it added $2.7 million, bringing its total to $10.1 million.

This comedy stars Steve Carell and Steve Buscemi as nerdy magicians with weird hair who explore their “magical friendship” on stage. This weekend, they pulled another $1.3 million out of a hat.