2 Guns is exactly what it sounds like: an action-heavy film. Denzel Washington and Mark Wahlberg play the title characters. Watch as they fight bad guys and each other in the film’s official trailer. 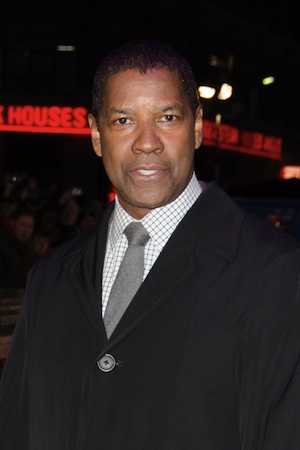 Denzel Washington and Mark Wahlberg are fighting side by side in 2 Guns. It has action, comedy and plenty of high-stakes moments that will leave you on the edge of your seat. Universal’s released an official trailer for the movie that hits theaters this summer.

2 Guns is all about hidden agendas. Washington and Wahlberg seem to be thieves. But there’s more here than meets the eye. In reality, they’re undercover operatives from competing bureaus who are forced on the run together.

This film reminds us of classic buddy-cop movies from the ’80s. The first one that comes to mind is Lethal Weapon. We have the older, more experienced cop opposite an unpredictable partner. Judging from the trailer, it looks like Washington and Wahlberg can pull that off.

From the Funky Bunch to The Fighter: Our favorite Mark Wahlberg moments >>

The villain of choice is played by a seedy-looking Bill Paxton. It’s great to see him outside of his polygamous husband role on Big Love. He’s back on the big screen and making his presence known.

Watch the trailer for 2 Guns below:

Lately, Wahlberg’s been on a roll with his comedies. Both The Other Guys and Ted grossed over $100 million domestically. The latter even passed the $200 million mark. We hope 2 Guns is that lucky.

What do you think of the trailer for 2 Guns?