When we last left the boys from Oklahoma in 2011, rumors of a Kings of Leon split were rampant, and the band’s wasn’t looking very bright. 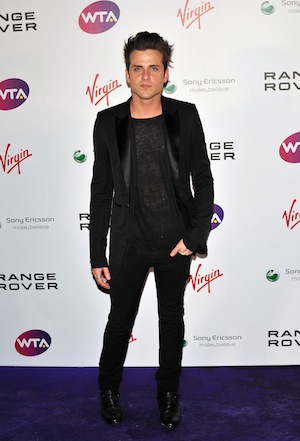 First, the lead singer came down with a bad case of alcohol-induced “exhaustion.”

Then the remaining dates on their U.S. tour were scrapped.

Plus, the drummer picked a fight with the creator of Glee.

But two years later, everything seems to have turned around. Bassist Jared Followill got married, while his brother, frontman Caleb Followill, and cousins, drummer Nathan Followill and lead guitarist Matthew Followill, all became fathers.

How much money does it take to cancel a tour? Ask Lady Gaga. >>

Evidently those rumors that the kingdom was falling were a bit premature, as Jared Followill confirmed that the follow-up to the band’s Grammy-winning 2010 album, Come Around Sundown, is due to be released in September.

Now, usually when a band has been though a lot of life changes, they go in a different direction, but it seems that all of this growing up hasn’t had an effect on the band’s sound.

Speaking to NME this week, Jared explained, “I thought we were going to make a really mature album, but I’m amazed at how youthful it sounds.”

He went on to reveal that the new album sounds like a blend of the band’s first album, Youth & Young Manhood, and their third, Because of the Times.

The presently untitled album will be the sixth studio effort from Kings of Leon, and fans can most likely expect a tour in support of the album shortly after its release. Currently, Kings of Leon are scheduled for a few dates in the U.K., New York and California over the summer. Who knows, maybe those lucky concertgoers will be treated to some of their new songs.

For the rest of us, September can’t come fast enough.