Justin Timberlake’s drugged-up days at Coachella have been revealed. The singer, who has spoken openly about the special place pot holds in his life, now admits he hit up the music festival “on many different, um, substances.” 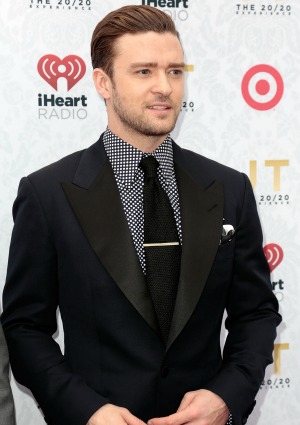 It turns out Justin Timberlake’s history of drug use includes having dabbled in a bit more than just the pot that gets him “to stop thinking.” In a new interview with Myspace, the “Suit & Tie” singer admitted that although he’s been to Coachella a number of times, there’s not much he can recall.

“I’ve been to Coachella many times, on many different, um, substances,” the new husband of actress Jessica Biel admitted.

Justin Timberlake shares his love of “green” at Environmental Awards >>

“I’ve been to Coachella many times but not remembered a lot of it, I’ll leave it at that,” Justin Timberlake added — then went into further detail.

“But I remember I used to go to Coachella a long time ago,” the 32-year-old recalled. “Like, I stood in an open field and one year I saw Nine Inch Nails and the next year I saw Weezer and I was standing in the middle of the field, you know, like tripping my mind out.”

Elaborating on the creative process behind 20/20, Mr. Timberlake explained, “Tim and I were in the studio working on some stuff — some potential stuff — for Beyoncé, and Jay came in and we started messing around with stuff, and we worked on a handful of songs together. It would be fun to find a way to put them out. ‘Suit & Tie’ came out of that — we were just having fun.”

Was that good, clean fun, JT? Or not so much?

One thing we know for sure is that the music man’s lady love isn’t a fan of being around drugs and the party scene. Jessica Biel has said previously, “If there is a huge drug fest happening and everyone is getting it on in the bedroom, it is probably time to leave.”

Are you surprised by Justin Timberlake confessing to drug use at Coachella?