A handwritten letter from Marilyn Monroe to mentor Lee Strasberg mentions suicide and reveals Monroe’s desperate state of mind toward the end of her life. 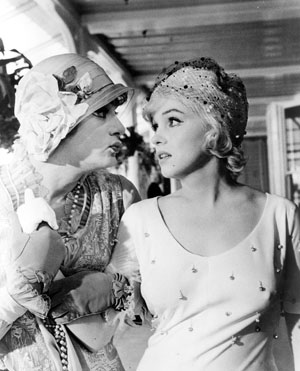 More than 50 years after Marilyn Monroe’s death, questions about how and why she died remain. Does a handwritten note from the icon now up for sale clear up these questions? Or merely deepen the mystery further?

The undated note is written on stationery from the Hotel Bel-Air (Monroe was found dead at her home in Brentwood, California) and sent to acting teacher Lee Strasberg, whose Actors Studio was famous for developing Method acting.

“I still am lost,” Monroe wrote despairingly. “I can’t get myself together — I think its [sic] because everything is pulling against my concentration.”

“You once said the first time I heard you talk at the actors studio that ‘There is only concentration between the actor and suiside [sic].'”

Talking about suicide is, of course, a well-known warning sign that the speaker is considering it.

“My will is weak but I can’t stand anything,” Monroe wrote to Strasberg. “I sound crazy, but I think I’m going crazy.”

And then later: “It’s just that I get before a camera and my concentration and everything I’m trying to learn leaves me. Then I feel like I’m not existing in the human race at all.”

Is this the letter of a woman who’s going to commit suicide? Or the letter of a desperate woman soon to be murdered? Nobody knows for sure, but it is undoubtedly a sad reminder of a star who shone brightly, then flamed out too soon.

The Monroe letter is part of a number of interesting historical/pop culture artifacts being offered for sale by Profiles in History. The auction will take place May 30 and the Monroe letter is expected to go for $30,000 to $50,000, reports the New York Daily News.