What caused Lil Wayne’s brush with death earlier this month? The hip-hop star breaks it down for fans himself. 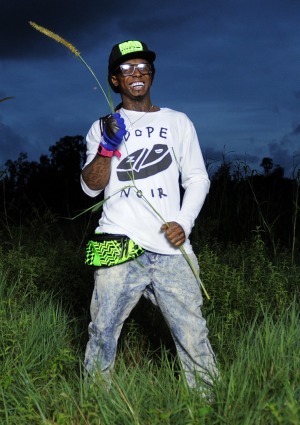 Lil Wayne explained for himself what happened the day he was rushed to the hospital earlier this month, leaving fans wondering if he was about to be another victim of addiction. Turns out the real explanation is far less nefarious, but still nearly fatal nonetheless.

“Like, this isn’t my first, second, third, fourth, fifth, sixth, seventh seizure,” the rapper told L.A. hip-hop station Power 106 on Thursday. “I’ve had a bunch of seizures, y’all just never hear about them. But this time it got real bad ’cause I had three of them in a row and on the third one, my heart rate went down to like 30 percent.”

“Basically, I could’ve died, so that is why it was so serious.”

Lil Wayne was not surprised about media reports he had overdosed on sizzurp. “That’s what they do,” he said.

“I can’t be upset at that. I get upset at my kids when they do things that I tell them not to do. I can’t be upset at [gossip website] for doing what they do. They gon’ probably come out tomorrow and say something else about somebody else that ain’t true… the truth isn’t good enough for them, so they gotta twist everything up.”

But this “was just plain stress, no rest, overworking myself,” he said.

His crew normally takes care of him when he has an attack, but this one was too serious. “They already know how to handle it,” he said. “Certain times I don’t even go to the hospital, but this time, it was real bad because, like I said, it was three in a row, and I’ve never had three back to back like that.”

Lil Wayne is recovering in anticipation of his 40-show tour starting on July 5. His new album I Am Not A Human Being is in stores now.