No. She’s probably not our mother. 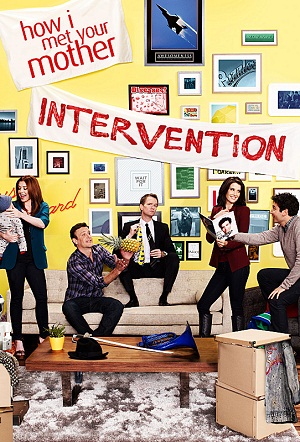 How I Met Your Mother is planning to wrap up Season 8 with some happy endings. Or, at least one of the Happy Endings crew.

As part of a small pool of guests being pulled on-board for the final few episodes of their next-to-last season, How I Met Your Mother showrunners have tapped the funny and gorgeous Casey Wilson (Penny from Happy Endings) to drop by for an appearance on the show.

Why we love How I Met Your Mother‘s Season 8 >>

Fans are dying to know if she’ll be the mother we’ve waited eight seasons to meet. However, at the moment, Vulture is reporting that Wilson will just be around to play a fellow diner during one of Robin (Cobie Smulders, who we recently interviewed!) and Barney’s (Neil Patrick Harris) dates. Another interesting tidbit, Wilson’s dinner date that night will be Keegan-Michael Key, from Comedy Central’s Key and Peele.

That’s not to say she couldn’t possibly be the mother. Throughout the series, we’ve seen glimpses of the mother in question. Ted has continually brushed past her, stood beside her and dated her roommate. It’s entirely possible that Barney and Robin’s run-in with Wilson at the diner will lead to something further down the road. For some reason, though, we always thought she’d be blond. Possibly because Ted Mosby seems to have a thing for the light-haired ladies of New York.

Another fun fact: Our featured image recently appeared on the CBS site. Is it possible at least one more intervention is in store for the HIMYM gang? We hope so. Network execs recently announced that the upcoming ninth season of How I Met Your Mother would, indeed, be its last. For a show that has always been about reaching the end, the last few episodes have continued to seem even more geared toward that final push to next season’s series finale. It seems only fair to have one more intervention. Those are always legen — wait for it — dary!

Meanwhile, Wilson’s show Happy Endings is set to return on March 29 after being off the schedule since January. There hasn’t been any word of a renewal for Happy Endings yet.

To find out if Ted’s happy ending will involve Wilson, we’ll just have to wait and see!