A Wednesday afternoon visit to Gomez’s house by Bieber is raising a few eyebrows. However, sources close to the actress tell a different story 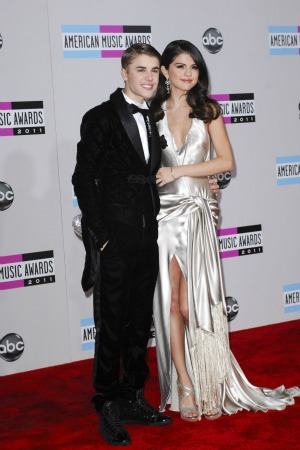 It isn’t easy being young and in the public eye — just ask Selena Gomez and Justin Bieber, whose every relationship move has been documented by the paparazzi. In fact, a stop yesterday at Gomez’s house by the Biebs is raising eyebrows as to whether the former couple is reconciling.

The news would be rather surprising since the Spring Breakers actress has been pretty vocal about enjoying her single life. She shared that sentiment on a recent Chelsea Lately visit and even took a shot at her former boyfriend with David Letterman.

The stop to her house on Wednesday by the pop singer was brief and only lasted about an hour. Gomez was inside the house when Bieber drove up with his security team in tow yesterday afternoon.

Is a reconciliation in the works?

According to omg!, don’t read too much into the visit.

A source close to the former Disney Channel star told them, “Definitely not. She is not getting back together with him.”

Gomez seems to be enjoying her newfound independence while Bieber has struggled publicly as of late. He had a paparazzi incident in London and a recent spat with his neighbor in Calabasas, California.

The source continued, “She’s really happy right now, surrounding herself around [sic] good friends. She’s been working a lot and is excited for everyone to hear her album… including Justin.”

So, the Wizards of Waverly Place alum has clearly friend-zoned the Biebs. Let’s hope she’s offering some sound advice to the 19-year-old who is battling the trappings of money and fame at such a young age.

In the meantime, Bieber is back on his Believe tour with a performance set for Munich, Germany tonight.