The album that ushered in a whole new genre, and some could say the 1990s, was once just a demo recorded on Kurt Cobain’s boom box. 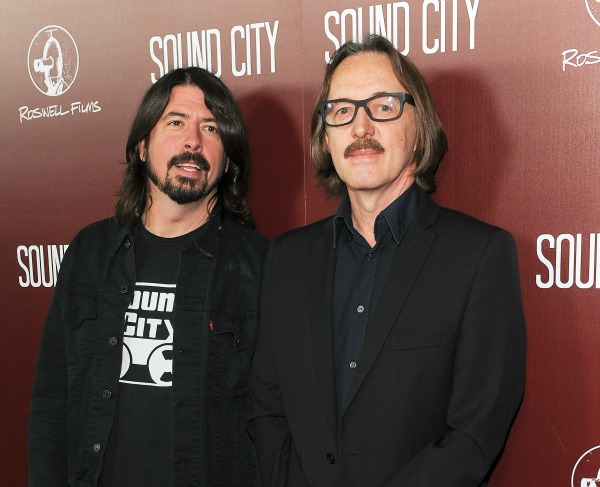 Nirvana’s album Nevermind is generally seen as the turning point between the hair bands of the 1980s and the grunge revolution of the 1990s, but how did the legendary album come about? The producer behind the project, Butch Vig, talked with Rolling Stone about the making of the album.

“Though Nevermind‘s success would take a toll on Nirvana’s tortured leader, Kurt Cobain, no album in recent history had such an overpowering impact on a generation — a nation of teens suddenly turned punk,” said the magazine. “Cobain’s slashing riffs, corrosive singing and deviously oblique writing, rammed home by the Pixies-via-Zeppelin might of bassist Krist Novoselic and drummer Dave Grohl, put the warrior purity back in rock & roll.”

But as all-important as the album became, Nirvana was once just another garage band in Seattle’s new grunge scene.

“The week before I flew to L.A. [to produce Nevermind], Kurt sent a cassette, which was done on a boom box,” Vig said. “It was really terrible sounding. You could barely make out anything. But I could hear the start to ‘Smells Like Teen Spirit,’ and I knew it was amazing.”

Vig said it took a little more than a month to record the album with the band, and he put special attention into making sure the songs got the time spent on them that they deserved. But Nirvana’s life outside the studio was another story.

“They were living in this apartment complex, and it was chaos,” Vig said.

He said the band would stay up all night and party, and their apartment was always wrecked. They would stay up until 6 a.m. and wouldn’t show up at the studio until 4 p.m.

Vig knows that the lifestyle helped the sound of the album. But when they had to restrain themselves, they were pure professionals. The song “Something in the Way” was an example of a less rowdy track.

“Kurt walked into the control room and said it just had to sound like this — he was barely whispering, and playing the guitar so quietly you could barely hear it,” Vig said. “It was mesmerizing. I pulled a couple of mikes in, and we built the whole song around it.”

He also said Cobain felt the music was more important than his voice, but it was Vig’s job to convince him his voice was just as important, if not more important, than every other sound on the record.

“Kurt kept trying to bury his voice,” he said. “I kept arguing, ‘You can’t do that. Your vocal performance is as intense as the drums and the bass and the guitar.’”

In the end, Cobain didn’t like the high-production value of the album, but it may be what made it work.

“It’s such a perfect mixture of cleanliness and nice, candy-ass production,” Cobain once told biographer Michael Azerrad. “It may be extreme to some people who aren’t used to it, but I think it’s kind of lame, myself.”

Vig went on to work with alternative rock mainstays like The Smashing Pumpkins, Green Day and Jimmy Eat World, and is currently a member of the band Garbage.