One of Hollywood’s writing stars has been lost to cancer. Don Payne wrote for The Simpsons and Thor, among many other important pieces of Hollywood history. 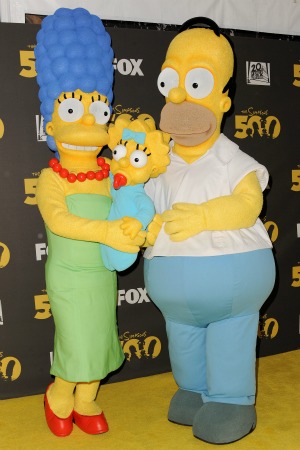 Sometimes it’s easy to focus on those in front of the camera in Hollywood, and forget about those who bring us the TV shows and movies we love so much. One of those creative talents died in Los Angeles on Tuesday.

Don Payne, 48, passed away at his home. John Frink, his friend and writing partner, said he had been fighting bone cancer.

Payne may be best known as a producer and writer for The Simpsons, but he also was a screenwriter who was a part of writing important films such as Thor, My Super Ex-Girlfriend and Fantastic Four: Rise of the Silver Surfer.

Payne joined The Simpsons in 1998 as a writer, and also became a producer of the show in 2000.

“Two episodes he wrote [for The Simpsons] are in production and will air in the fall: ‘Labor Pains’ and the Christmas installment, “White Christmas Blues,’” said the Los Angeles Times.

Payne won four Emmy Awards during his time at The Simpsons, as well as winning the Writers Guild of America’s Paul Selvin Award in 2005.

In 2006, Payne transitioned to screenplays by writing My Super Ex-Girlfriend, a film that starred Uma Thurman and Luke Wilson.

“Much to my wife’s chagrin, I am a superhero geek,” Payne told the LA Times in 2006. “Definitely growing up I was into comics and became a comedy writer as an adult, so I put the two things together.”

According to the L.A. Times, Payne always wanted to write movies but things changed when he met his friend John Frink.

The Simpsons to produce episode written by Judd Apatow >>

Payne leaves behind a wife and three children. His memorial service will be held in Los Angeles on Friday and you can bet there will be many important Hollywood figures in attendance.