Taylor Swift is now a quadruple threat: She can sing, write songs, play the guitar, and act. She will be on New Girl’s season finale doing just that in May. 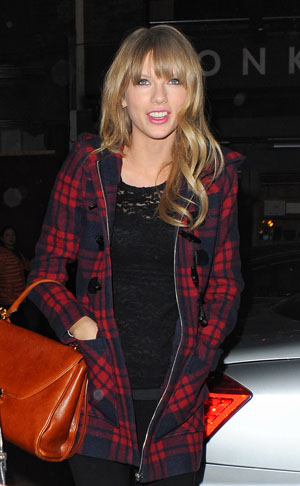 New Girl continues this season’s streak of notable guest stars this season with a singing superstar: Taylor Swift will appear on the show’s second season finale May 14.

Swift, of course, is best known for her singles and her extravagant love life, but acting is not a brand new thing for her: She guest starred on CSI: Las Vegas in 2009 as a rebellious girl who turns up murdered outside the hotel her parents run, and notably guest-hosted Saturday Night Live the same year.

But if she hoped an acting career would blossom after these appearances, it hasn’t happened. She’s had to be content with her massive musical success instead, sigh. Her Red was the only certified triple-platinum album released in 2012, according to the RIAA; her previous release, Speak Now, also went triple platinum.

Taylor Swift dumped for being a frigid old lady >>

On New Girl, Swift will play a character named Elaine, according to Entertainment Weekly, who will be an “important guest” at the wedding of Cece and Shivrang.

Somebody at New Girl is clearly a Swift fan, as the singer’s been mentioned several times this season. Once, a downhearted Jess whines that “I just wanted to listen to Taylor Swift alone” as Swift’s “22” plays in the background and Nick tries to cheer Jess up with terrible dance moves; Schmidt also sent Cece a text that said he was going through a “Taylor Swift-like range of emotions.”

New Girl has had a bunch of interesting guest stars on this season, including Olivia Munn, Parker Posey, Rob Reiner, Jamie Lee Curtis, and Nick Kroll.